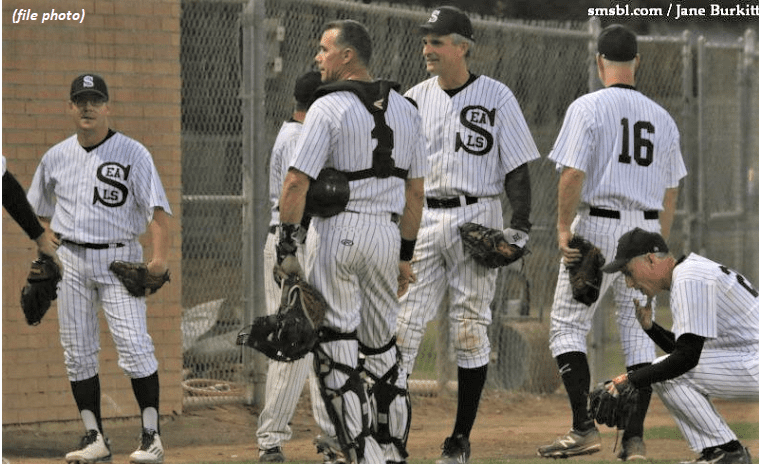 The Sacramento Seals played the Spring SMSBL season with thoughts toward their great friend and teammate John ‘JC’ Caputo as he battles stage 4 pancreatic cancer. He is a founding father of the Seals and such a great person to be around.

The Seals played in the 50+ National division, the upper of the two divisions, and managed to go 9-2, led by our skipper Scott Stevens, who batted .385 and filled the big shoes of playing third base for JC and handling lineups and post-game refreshments! Scotty is a great coach and we all enjoy playing for him. 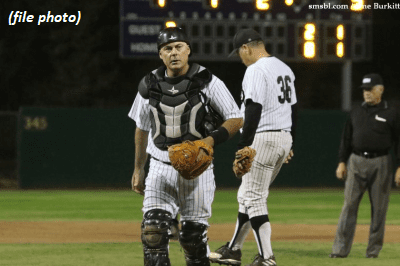 The other leader of the team is definitely our catcher Matt Walbeck, formerly of the MLB Angels, Tigers, Cubs and Twins. He has brought so much to each individual player as well as to the team. We owe him so much. Thanks Matt!! Matt not only was the captain on the field as our catcher but he batted .500, had an OPS of 1.325 along with our first baseman Brian Jones, Tom Seaver’s nephew. Steve McNeely also was a much needed bat and pitcher for us as he had two wins and batted .438. We had so many solid players, such as Glen Gross, Eric ‘ET’ Taylor, Scott Babcock, Rick Nowaski and Eric Sex, just to name a few. Eric also led the league with 17 runs scored. All those guys hit over .360 and Glen and ET posted a combined 4-1.

We lost to the Royals in the Championship game by a score of 5-4. The Royals are led by Sacramento HOF players Steve Welch, Gary Stonebrook and Tim Burkitt. It was a great game and came down to the last out, as we had a runner at third base. We are very lucky to play in the SMSBL run by our president Alan Van Ness and his crew. We want to throw out a big thanks to all of them!