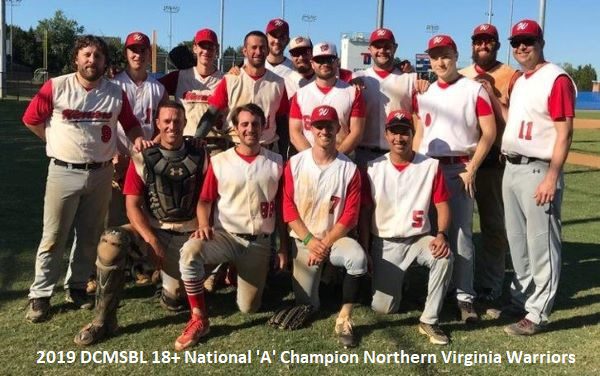 The Warriors won back to back championships, which makes five in the last nine seasons. We had some key recruits this year on our way to a 15-3 season and added some depth at the pitching position along with quick hands at the plate and wheels on the bases. This may have been the fastest team we have had in the last 10 plus season. It was a mixture of young and veteran talent that all rallied around each other to form friendships on and off the field. 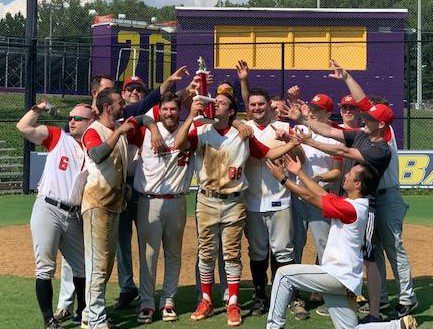 We focused on the basics and had a defense that allowed the fewest runs scored in our division along with one of our best offensive line-up’s. It really is a testament to the Warrior spirit to never give-up and always keep fighting. This was evident in the tournament run when we faced a tough opponent that beat us in game one in a hard-fought battle.

I am sure our opponents thought this was the momentum they needed to close us out in game two, but this only fueled our fire to come out with a shut-down defensive stand and all-out attack at the plate to win game two forcing a winner take all game the following weekend.

The final game was a battle into extra innings with production from everyone in our line-up and huge plays in the field at critical moments in the game. While I could call out batting averages, key plays, home runs and all of the individual accolades that made up our great season, I think our Warriors would all agree it takes a team to come together and have each other’s backs to win a Championship. Cheers to another great year of baseball and a big thank you to DSMSBL for all the work they do to keep this league alive.