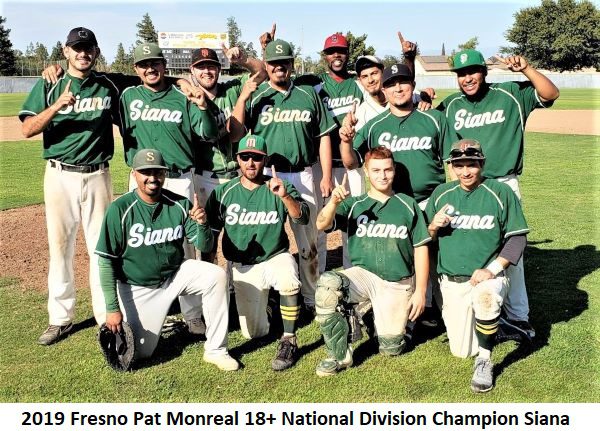 After a tough matchup win the week before against the number one seed in the division, Tribe, Siana’s Coach, Kenny Reyes, was asked throughout the week before the championship weekend, “what does the lineup look like?” by his players and teammates. “The same as every week,” he responded. The team with fifteen on the roster, twelve eligible to play in the playoffs and where 90% of the games just had the necessary nine to play, would keep the same lineup. The same lineup, the same positions that started out 2-5 in the beginning of the season. The same lineup, the same positions that won ten straight to lead them to the number two seed with a 13-6 record in their respective division. The same mentality, the same grit, the same toughness, the same players that over the season became a family that would pick each other up on the field no matter how grim things looked. The lineup would stay the same, no time for second guessing. This team had greatly improved from the year prior, with just three additions to the team, the confidence was there to take it all this year. Siana had lost the 2018 divisional playoff game to the same Tribe team Siana overcame this year, on a gut-wrenching walk-off lost in the bottom of the 9th. Siana was ready, was determined to take the next step and win the Championship.

Siana felt good going into the championship game, even though during interleague play, Siana had lost to a good Pirates team, 8-4. Both teams would be putting everything they had, putting their best chances to win the first game on the mound and in the box. With a better record, Siana was home for the first game and placing their ace Felipe Reyes, Jr. on the mound, who throughout the year did exceptionally well and with one of the best defenses behind him, Siana knew they had a good chance of taking game one. With nerves and excitement flying in the air, the butterflies were ridden once the umpire yelled “PLAY BALL!”

In the first inning the Pirates jumped out to an early lead scoring three runs. After gaining his composure, Siana’s pitcher got out of a bases loaded jam that inning. Siana struck back scoring three runs themselves in the bottom of first with four base hits. After the rough first inning, Siana’s pitcher shook off the three-run first and went for a strong 4 1/3rd. Keeping to the game plan, Siana’s manager handed the ball over to Felipe’s’ younger brother Oscar Reyes to finish the race and going the remainder 5 2/3rds and just giving up 2 runs. Siana finally broke the game open scoring three runs in the bottom of the 4th and adding four more runs in the bottom of the 5th. Siana would go on to win the first game 10-5 and one game closer to winning the championship.

At the start of the second game Siana felt as if they had taken the momentum but knew they could not lay off the pedal versus this Pirates team. Siana, as visitors for the second game, were up versus the game one closer for the Pirates. Siana was hoping to use this to their advantage, and strike early, but that was not the case. The Pirates pitcher continually got himself out of jams and Siana’s starting pitcher, Lyle Peña, was pitching a brilliant game through sixth as well.

By the top of the 6th the game was flying by but still 0-0. As the top of the sixth opened up, the eleventh hitter, veteran hitter and self-proclaimed “Mr. Clutch”, Godfrey Reyes, started the inning off with a single. Next up was Siana’s catcher and leadoff hitter, Josh “The Italian Stallion” Conigliaro, who smacks a double to right-center field, moving the runner to 3rd. Next up, Matthew Miranda, came through with an RBI single scoring the game’s first run. But that would be it for the inning as the Pirates pitcher got himself out of that jam once again.

With a 1-0 lead in the top of the 7th, the game was still up for grabs, however, Siana’s sixth hitter and center fielder, Leroy Travis Jr., ledoff the inning with a double and with the help of the eight

spot, Pablo Garcia, singled Leroy in and added on an insurance run making the game 2-0. As every out was being recorded, Siana’s hopes of becoming Champions were creeping up. With every out the shouts and hoorays of the family and friends that showed up to support Siana’s players were getting louder and louder. 22, 23, 24 outs recorded, just praise and assurance that Siana’s pitcher, Lyle, was ok after getting a hamstring injury in the first game. With no healthy players on the bench anymore, after two other Siana players getting injuries in the game earlier, Lyle was still good to go for the ninth.

25, 26 outs recorded. Silence on the field with one out to go…*smack*…. groundball hit to the 2nd basemen… step and throw to first…. game over. Siana stormed the mound, jumping for joy, the fans going wild. The celebration had begun. As Siana walked over to shake hands with the Pirates, nothing but respect and love was shown between the two teams, hugs and congratulations were given. These two teams had a mutual respect for each other, symbolizing the values of the league and the game. Siana thanks the league and Fresno league president, Bob Schiotis, for the work they do to keep this league going and Siana will be ready to defend their title in the 2020 season.