The Rhode Island Sea Dogs finished off a 20-2-1 season by capturing their fifth straight title, defeating the RI Dodgers in their best of five series three games to none. The Dodgers, who were underdogs in each of their two playoff series leading to the championship, were led by the strong pitching of Claudio Rodriguez and Brian Farley and the outstanding defense of player/manager, Frank Ribezzo.

The Sea Dogs battled their way through injuries all year to reach their sixth consecutive RIMSBL final. They were led by outstanding playoff performances of Mike Squatrito and Jay Martin. Game two turned out to be the turning point of the series. With two outs and the tying run on second base in the eighth inning, Martin “gutted” his way out of the jam by inducing a pop up for the third out and ending the threat. The 52 year old knuckleballer Squatrito threw a game three shoutout gem, blanking the Dodgers 11-0.

Congratulations to the Sea Dogs and player/manager Kevin Curt on winning their fifth consecutive championship and seventh overall. 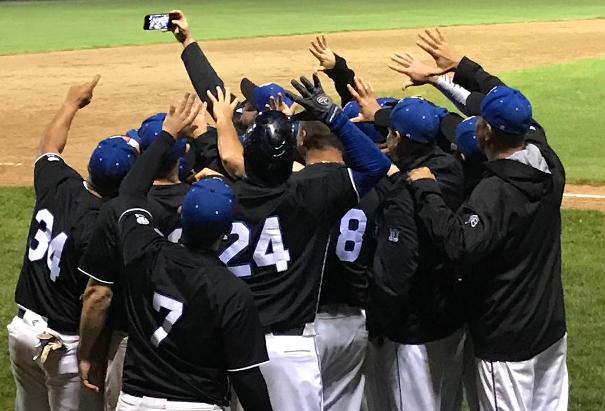