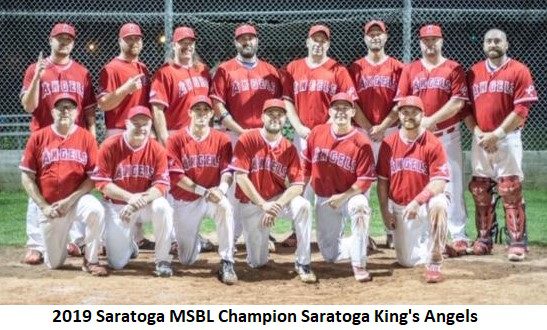 Brian Mcbee, Matt Sanchez and Joe St. Pierre shared managerial duties until Brian Solely took over the role in 2013. As the years progressed, we started to fill in the gaps and added talent throughout the years. I started playing for the team in 2016 for the Angels and took over the management role in 2017. 2018 we got a local sponsorship and are known since then as the Saratoga King’s Angels.

Our season record for 2019 was 22-6. Our playoff run can be summarized by excellent defense while averaging seven runs per game offensively.