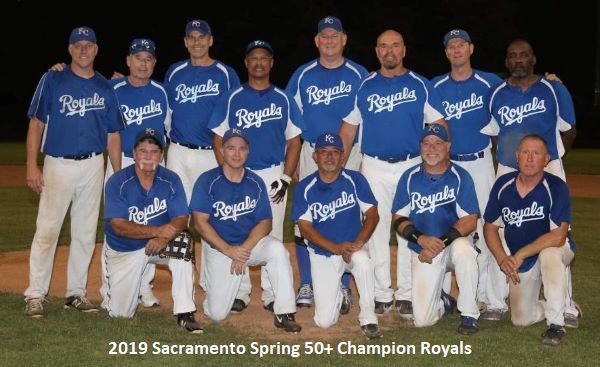 (Photo courtesy of Jane Burkitt) The Royals won the 2019 Sacramento Spring League 50+ championship with timely hitting and quality pitching.The Royals went into the playoffs seeded third and defeated the two-seed Nationals 4-1 with a great pitching performance from Gary Stonebrook. We then went up against the top seeded Seals and came away with a hard fought 5-4 nail biter for the win. 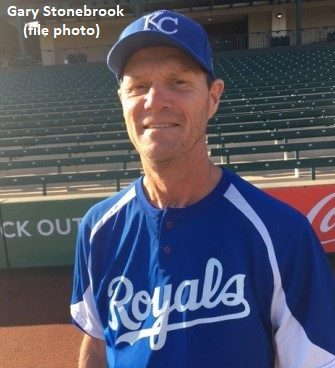 Tim Lindsay pitched the championship for the Royals and he and Seals pitcher Eric Taylor virtually matched each other for seven innings. Bobby Wooden produced the game winning rbi for the Royals, with Wooden, Roy McDaniel, Fred Lievano, and Skye Ropke producing two hits apiece during the game. Ropke also made a run saving catch in short right field from his shortstop position that prevented the game from going into extra innings.