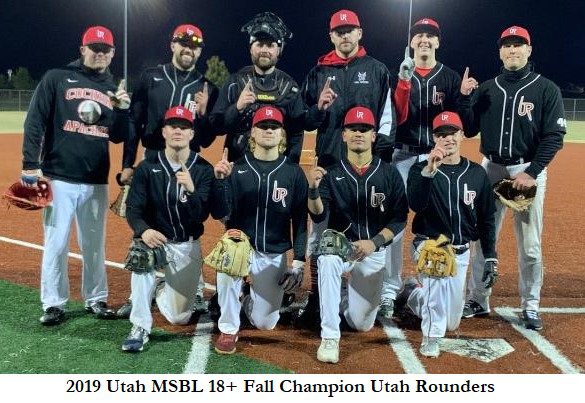 I was originally “drafted” by the Utah Rounders through the league website back in 2013. I played for them for four seasons until our manager, Chad “Fitty” Johnson, retired and handed the team down to Justin Severson and myself in 2017. Naturally, a lot of other players left due to Chad’s departure, which forced us to reinvent the Rounders after having a solid core for the past 6-7 seasons. 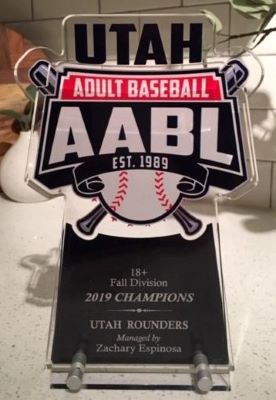 2017 and 2018 didn’t go so well. Not having some of our key players from previous seasons, along with picking up some last-minute players from the website just to field a team, didn’t pan out the way we had hoped. It seemed like the Rounders era was officially coming to an end. Come Spring of 2019, I was playing for the Salt Lake Lugnuts, which I had for the previous three fall seasons because the Rounders were typically only a Spring team. Spring of 2019 would ultimately be the Lugnuts final season, so I knew I’d need to figure something out with the Rounders if I wanted to play. To start, we only had about three returning Rounders from 2018 and two Lugnuts who wanted to play with us in the Fall. So, my task ahead was to find about 10-12 players to fill a solid roster.

Halfway through the Lugnuts season, I began recruiting through the website and actually holding “tryouts” at public fields on the weekends. I had also sent a few emails to Spring managers who weren’t playing in the Fall to see if any of their players would be interested. I was lucky enough to have a good turnout for a few weekends in a row and found some great talent. So, the Rounders were set to start another season with a completely new look.

I’ll be honest, although I knew these guys had some serious talent, I didn’t have high hopes after seeing how 2017-2018 went. But I knew this year I did my due diligence and worked a lot harder to field the best team that I could with what resources I had.

We started the season 2-3. Given the circumstances of our roster, I was actually really impressed with our guys so far but that chemistry just wasn’t quite there yet. Something must have clicked because we won our next six games to improve to 8-3 and ultimately finished the season tied for second place with a record of 10-5. I was so proud of my guys. A 6-team, single-elimination postseason started just two days after our last game. We won the first two games and made it to the Championship. At this point, I’m not even surprised anymore because I’ve realized just how good my guys were.

We were ready for the Championship game against the Outsiders, which would be our third game in as many days and our fifth over the last eight days. It was expected to be around 40°-45° with a chance of snow on this night. Sure enough, it snowed. I started Caleb Schulte, who had pitched a complete game the previous week. He gave up three runs in the top of the first. We came right back and scored one in the bottom and another in the fourth. We were down to 2-3 in the bottom of the fifth and I hit a 2-run homer to left field, which put us up by one. In the bottom of the sixth Ryan Sedillo hit his own 2-run homer, which put us up 7-3. Meanwhile, Caleb Schulte hasn’t allowed a run since the first inning and would end up giving up only one more in the ninth to secure a 7-4 Championship win and his second complete game in as many starts.

Needless to say, I was and still am so proud of this team who started the season barely knowing each other’s names, to winning a Championship. Can’t wait for Spring 2020!