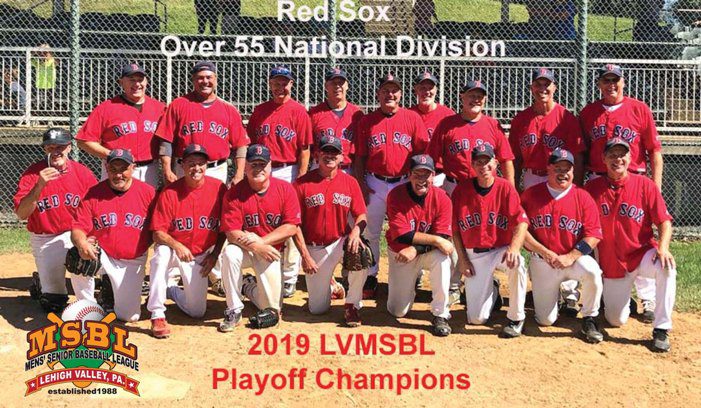 ‘Moravec Gets It Done on the Bump and at the Plate’

The 2019 season for the 55 and over National Division Red Sox can be summed up with one word: TEAM! As a new team in the league they came together very early in the season. The team finished 12-5 in the regular season, finishing one game out of first place. 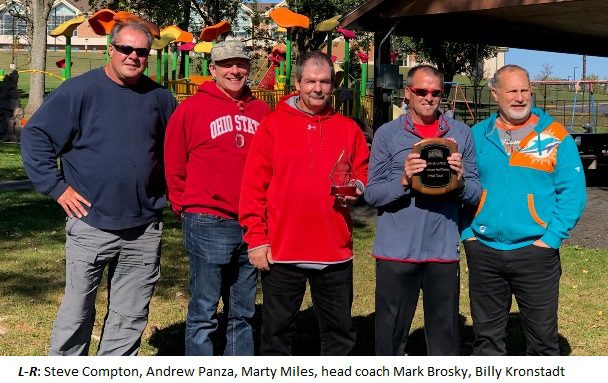 The offense was led by Andrew Panza (.622 BA) and Marty Miles (.564 BA), who also led the league with 28 RBIs. The team hit well as a TEAM all season with a different player stepping up every game. The pitching was led by Nick Pugliesi who logged the most innings. He was also helped by Marty Miles, Ed Moravec, Andrew Panza and Billy Knoblach. Marty Miles won the league MVP.

The playoffs where a different story. The Red Sox got red hot! On the pitching mound Ed Moravec took the ball and never gave it back and pitched every inning in the playoffs, going 4 and 0. The bats went wild with Steve Compton hitting an unbelievable .750, followed by Ed Moravec at .700 and Mark Brosky and Bruce Howell at 600. The team hit .505 for the playoffs and swept through the playoffs undefeated capping off a great end to a great season 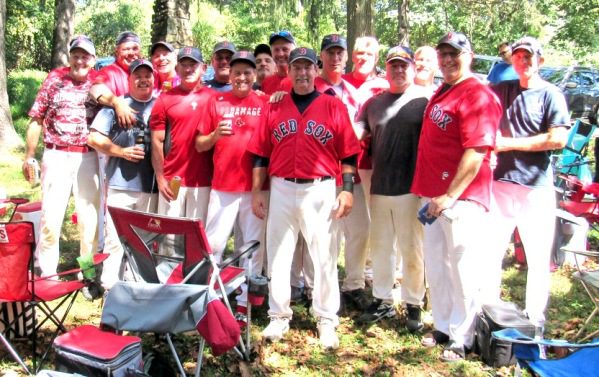