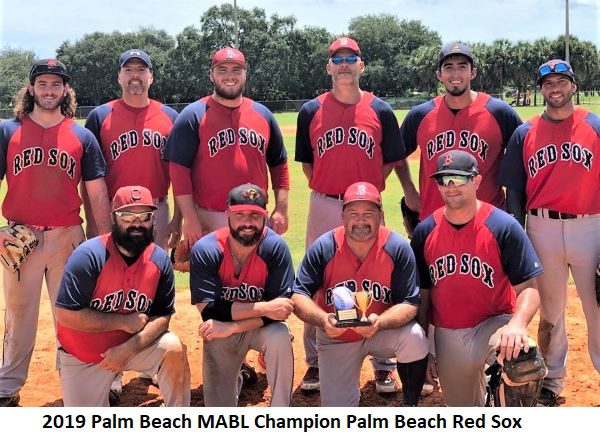 ‘Red Sox Go ‘Back to Back’ in Palm Beach MABL’

The Palm Beach Red Sox captured the 2019 MABL Spring championship of the Palm Beach MABL with a 6-2 win over the Sugar Kings. This is their second championship in a row. It was a hard-fought season as the Red Sox finished the regular season with a 9-9 record but they made the playoffs and made the most of their opportunity.

In the first round of the playoffs the Red Sox were down 4-2 but scored four runs in the top of ninth to take the lead and win 6-4. In the championship game the Red Sox took an early lead and held on to get the victory pounding out 14 hits in the process. Casey McCormick took home the MVP honors with a 4-4 day at the plate, contributing two RBI’s in the process. Bill Pisani had a good day at the plate as well going 3-5 with a double. The Red Sox will attempt to defend their title in the upcoming season. 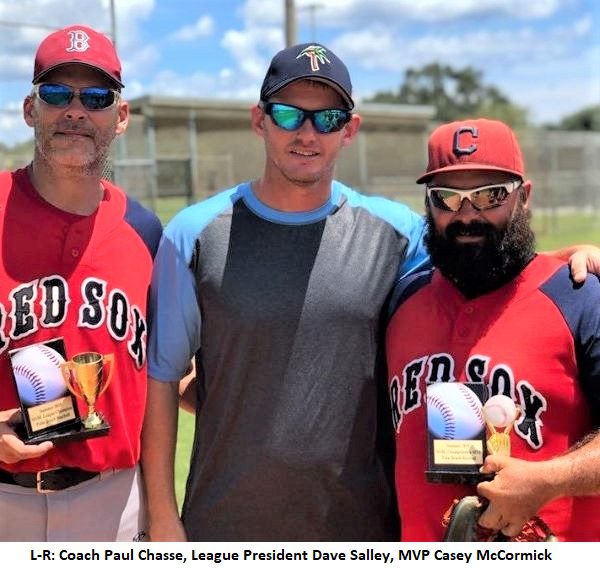