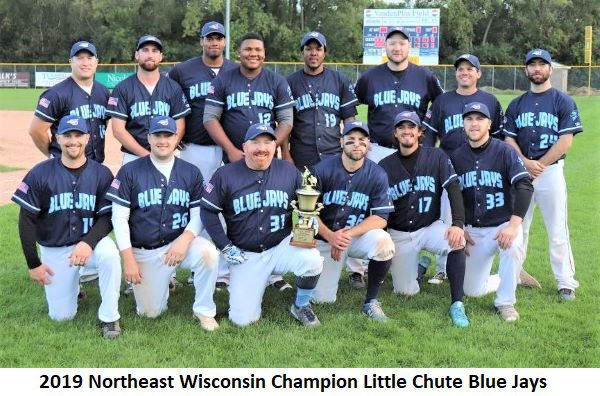 The Little Chute Blue Jays entered the 2019 season of the Northeast Wisconsin MSBL looking to carry the momentum of winning five of their last six in 2018, and did just that. Having never reached the playoffs in club history, this team set out on a mission in 2019 to take advantage of every opportunity possible, and at the end of the season the Blue Jays finished with a record of 16–1 scoring the most runs while allowing the fewest and bringing the Paul Deal Memorial Trophy to Little Chute for their first championship in team history. A true team effort all season full of heart, hustle and determination.

In Game one of the Championship Series, the Blue Jays were led by an outstanding pitching effort by Yeral De la Cruz, formerly of the Minnesota Twins minor league farm system, throwing nine innings, allowing two runs, one earned on six hits. Former Iowa Hawkeye Phil Schreiber came in for a perfect top of the tenth 10th inning. With two on and two out and the score tied at two, Scott Rosik hit a base hit into left scoring Brett Hurst from second for the walk off 3-2 win.

In Game two of the Championship Series, the Blue Jays were again led by an outstanding pitching effort, this time by Angel Garzon, formerly of Cincinnati Reds minor league farm system, bringing a no-hit effort into the sixth before allowing one run over seven innings. Phil Schreiber came in and got the 2-inning save to lock up the championship on a 4-2 victory.

Throughout the season and the playoffs the Blue Jays were led by incredibly strong pitching as well as outstanding defensive efforts by shortstop Cody Backhaus, left fielder Luke 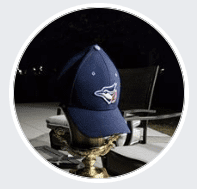 Here is a link to the Blue Jays Facebook page that shows a video of the final championship out! https://www.facebook.com/LCBlueJays