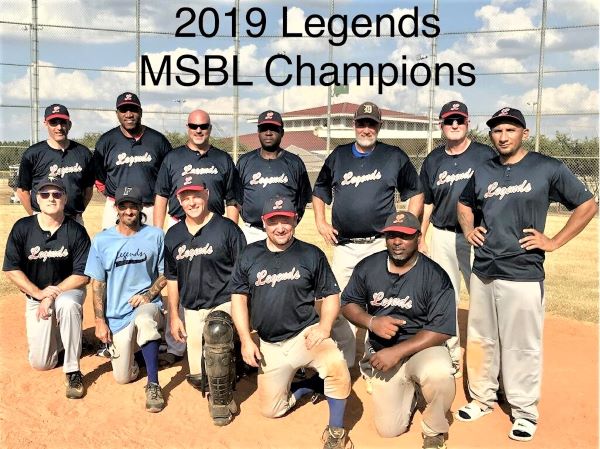 ‘Hill Overcomes Rats on the Bump’

The Memphis Legends of the Memphis MSBL put together another solid year during 2019, winning both the regular season and end of the year tournament for Memphis MSBL 40+ league. As player/manager, Jodie Wolfe put together another strong roster in the hopes of winning another title. Newcomer Johnny Mosqueda was a mainstay at shortstop and led the team in batting average while Kirk Caraway led the team pitching staff.

The Legends faced the Mid-South River Rats in the tournament finals, as Travis Hill, another rookie in the league, took the mound for the Legends. The Legends prevailed in a game that turned to be primarily a pitcher’s duel. Hill was able to deliver some key strikeouts and make some great defensive plays to only give up one run. The pitcher for the River Rats managed to keep the Legends off balance at the plate for most of the game. Thanks to a terrific bunt by Wolfe and a couple of late runs, the Legends got a little bit of breathing room and were able to hold on to a 5 – 1 victory and earn another championship.

The Legends and the rest of the league would also like to thank Eddie Byrd for serving as League Commissioner and organizing another successful season.