The 2019 Hudson Valley MSBL was an immensely successful season in every sense of the word ‘success’ and then some.

The HVMSBL hosted its annual 35+ and 45+ All Star Games at Dutchess Stadium (New York Penn League, Tampa Rays affiliate) where the games were the back-story. In additional to a walk off win in the bottom of the ninth and post-game fireworks, the HVMSBL through its 3 Up 3 Down Organization, donated more than $15,000 in grants to youth baseball leagues and several organizations that support those with developmental disabilities. To date, in 2019, the HVMSBL has donated back $18,700 back to the community (including $500 back to MSBL National’s charity of choice, LS Warriors). We are also in the process of fundraising to build an inclusion park and baseball complex for players of all ages and abilities having raised more than $50,000 towards that endeavor and currently seeking sponsors and additional donations towards this cause.

45+ Division – Hopewell Tigers (manager Phil Geary) – The Tigers had a great season led by its own manager and pitcher Phil Geary as the Tigers rattled off an impressive 15-1 season and defeated the New York Isotopes in the championship game 4-2. Geary had a Cy Young Award season going 10-0 with a 1.27 ERA. 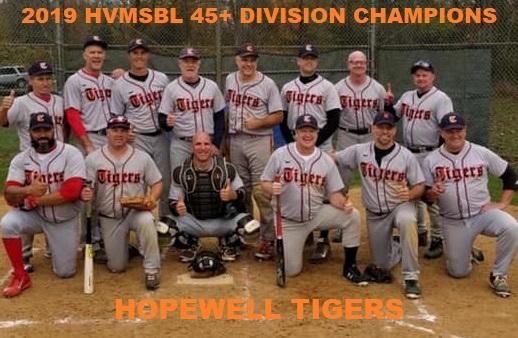 35+ National Division – New York Mariners (manager Dave Prince) – The Mariners won their third HVMSBL 35+ title downing the 3-time defending Champion Bridge City Athletics 11-4 in the finals held at Dutchess Stadium. The Mariners had a fine season going 17-1. Team MVP Joe Corola led the way with both his bat and arm. This squad has been together for most of the decade aging like a fine wine and getting better over time. Congratulations to Prince and Coach/Player and HVMSBL HOF Steve Aurigemma for keeping together such a cohesive unit. 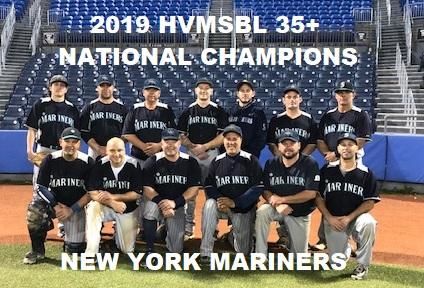 35+ American Division – East Fishkill Tigers (manager Brian Moody) – After starting the season 3-7, the Tigers finished off an amazing turnaround season by running off 11 straight victories, with the final one being against the Carmel Black Sox at Dutchess Stadium in the HVMSBL 35+ American Division championship game. The Tigers finished 11-7 on the season led by Rob Paone (.443), and Drew Van Dam (7-0, 2.38). 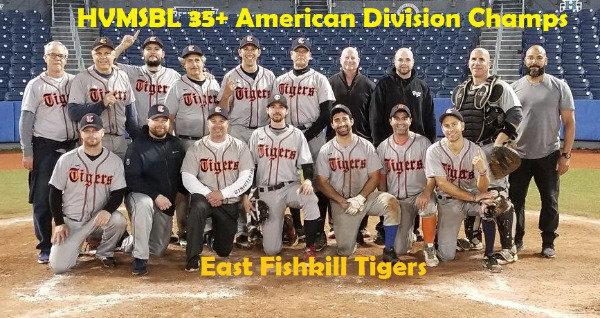 And finally, we are excited to announce along with the cooperation, support and advisement of MSBL President Steve Sigler, the HVMSBL will be formerly renamed the Hudson Valley-Westchester MSBL for 2020. Leveraging our non-profit status and one of our goals, Hudson Valley-Westchester MSBL will be providing adults in upstate New York additional and affordable options to play baseball for years to come including adding a 35+ midweek and 45+ Saturday options in not only Putnam, Dutchess, Orange and western-Fairfield counties, but now also Westchester where for years baseball has been diminishing.