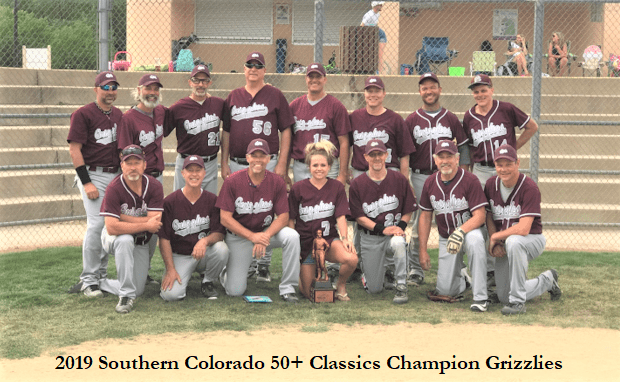 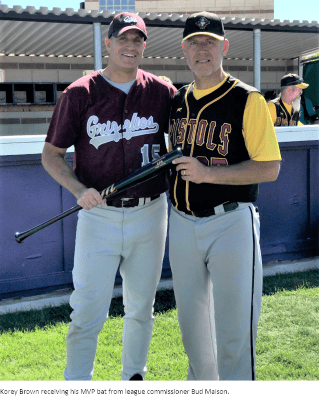 Game one featured strong pitching performances from Mark Lehman of the Mustangs and Korey Brown of the Grizzlies. The Grizzlies held

a 4-0 lead going in to the top of the eighth before the Mustangs scored four to tie the score. In the bottom of the eighth the Grizzlies fought back, scoring two runs to again take the lead. With two runners on base in the top of the ninth, Korey Brown completed the game by snagging a line drive back up the middle for the final out.

In game two, the Mustangs jumped out to an early 1-0 lead after two innings, but the Grizzlies responded by scoring in the third and the fourth to take an 8-1 lead into the fifth. In the sixth inning all hope for a potential comeback was put to rest when playoff MVP Korey Brown hit a 3-run home run. He was followed in the inning four batters later by Kent Walters, who hit a grand slam.