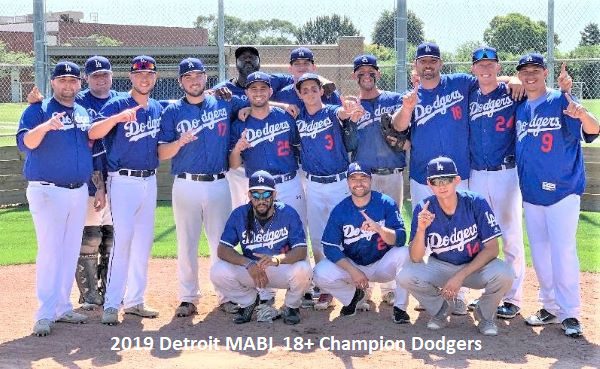 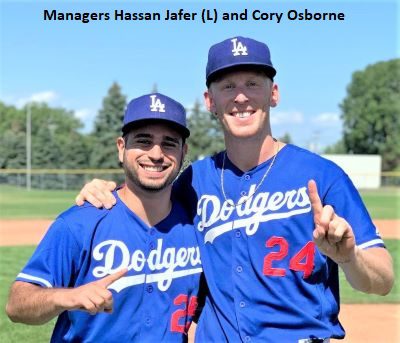 We had a total team effort for a successful season, finishing with a 20-6-2 record. We were able to overcome adversity with personal/family and a boat load of injuries to win it this year. This team was started from myself and Hassan’s Jafer after leaving another team in the league to begin our own team in 2018. We were bounced in the first round of the playoffs in 2018 after a fourth-place league finish in heartbreaking fashion.

In 2019, our second year as the Detroit Dodgers, we were able to reload and add a few key pieces to the puzzle that would ultimately catapult us to a League and Postseason Championship in 2019. I am very proud of my guys, a great group, and truly a summer to remember!

Editor’s note: The Dodgers were led at the plate by Jake Geirmann with a .471 average while Cory Osborne crushed five home runs. They were led on the mound in wins by workhorse Reid Olmstead with five wins and Ben Lovell’s miniscule 0.66 led the staff in ERA.