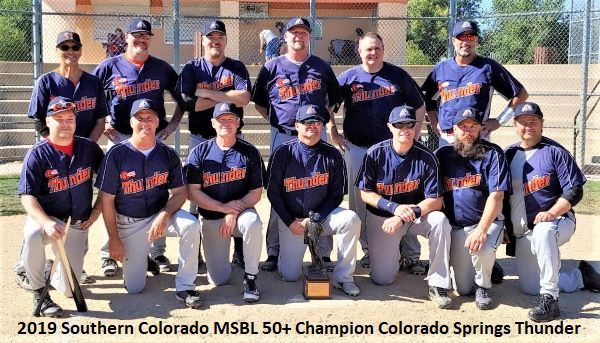 The Colorado Springs Thunder, led by skipper Shane Cornell, finished the regular season 8-8 and at times looked like they didn’t deserve to be in the playoffs. But the team never lost confidence in their ability to win any game and that showed in a round one win against the Pistols who carried the league’s best record into the game. After being swept in the regular season series by the Pistols, the Thunder showed up to play when it mattered most. Led offensively by Eric Lenberg, 4-5, 2 HR, 5 RBI, and a legendary pitching performance by Clay Wade, who went 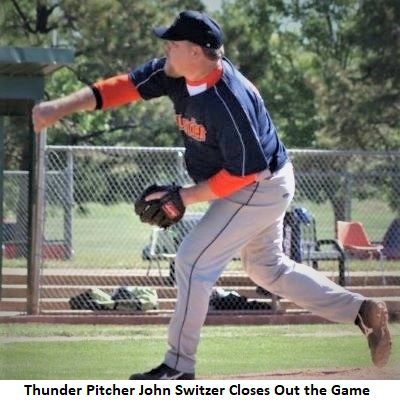 the whole game, the Thunder prevailed 16-9 to put themselves into the championship series.

After dropping game one of the series 14-1 the Reds looked poised to repeat as league champs. In a hard-fought game two the Thunder found themselves down three runs in the bottom of what turned out to be the last inning and promptly posted eight runs to win as time expired.

With the championship on the line and after mulling through a .500 season record, Thunder MVP Clay Wade took the mound after the Thunder offense provided five runs in the top of the first inning. Wade made key pitches when needed, as he had been doing late in the season, and the Thunder offense continued to post a steady barrage of runs. In the sixth inning Wade turned the game over to John Switzer who had also found his groove late in the season. Switzer locked the game down and the Thunder walked away with the trophy and bragging rights over the winter.