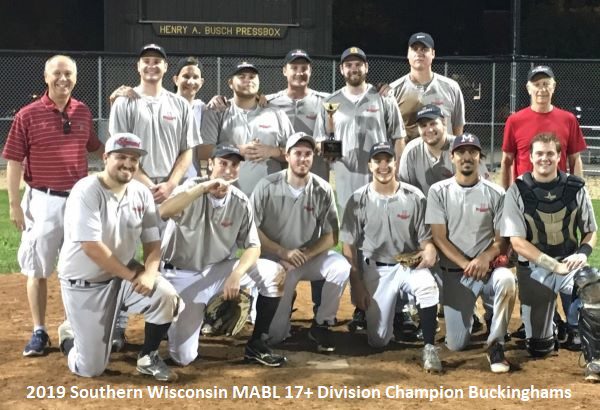 ‘Ohm Does It at the Plate and on the Bump’

Buckingham’s won the 17+ Division championship in the MABL of Southern Wisconsin with an exciting 5-3 come-from behind victory over the 2-time defending champs, Epic Bombers, in Madison, Wisconsin. The 2019 regular season proved to be a close struggle, with five of the eight Division teams finishing locked in ties, all within one game of each other. The year-end tournament of all eight teams underlined the parity within the Division, with three of the four top seeds losing in the first round and #5 and # 6 seeds playing each other in the final. 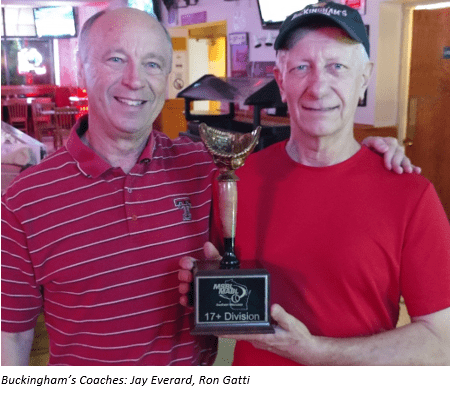 Buckingham’s swept through the tourney, knocking off the #4 seed (Black and Tans) 11-1 and #1 seed (Mad City Labs) 9-1 before the final game. In the championship round the two top pitchers in the Division faced each other, with Epic going up 2-0 in the fifth inning. But after getting only one hit through four innings, Buckingham’s jumped on the Epic relief pitcher with five runs on seven hits in the last two innings. The rally was high-lighted by a 2-RBI hit by pitcher Matt Ohm in the fifth to tie the game, followed by a 2-RBI sac fly by Tony Everard in the sixth to take the lead for good. Epic scored again in the top of the seventh on a triple, single and walk, but the Buckingham’s defense shut the door, stranding a runner on second base and the tying run on first. Buckingham’s eight hits were spread among seven players and Matt Ohm struck out seven in the complete game win.

“We had beaten Epic 2-1 earlier this season in a pitchers’ duel between these same two guys”, said coach Ron Gatti. 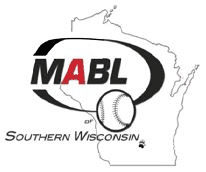 “Epic pitcher Kon Kalnajs had the best ERA in the league and we knew it would be a tough one going against him and the good Epic hitters. It was great to see the guys finally win it, after losing to Epic in the past two playoffs.” The 17+ Division, although only a 3-year old addition to MABL of Southern Wisconsin, is comprised of teams that have played against each other for over a decade. “This is one we are going to relish for a while”, Gatti added, “and we will look forward to another competitive season next year.”