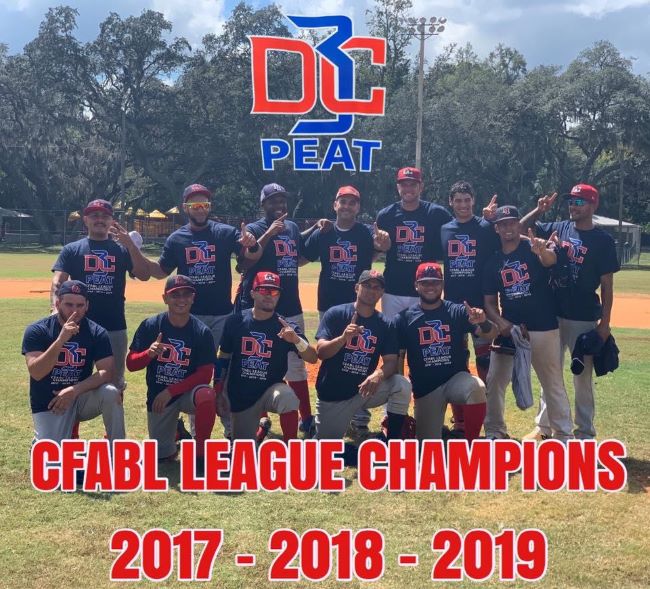 Our Central Florida Adult Baseball League championship game was against the Brandon Bombers, who are a very tough team and always a great match up. Our Ace Diosdany Castillo got the ‘W’ going seven scoreless. The Bombers lefty matched Castillo pitch for pitch. The game remained scoreless into the seventh before a lead-off walk by left fielder Roland Ramirez was followed by a 2-run homer by shortstop Cesar Soto. Second baseman Jose Ruque drove in Henry Gonzalez with a sacrifice fly to center field making it 3-0. That would be enough for Lefty Yasmany Hernandez to come in and close out the final two innings. 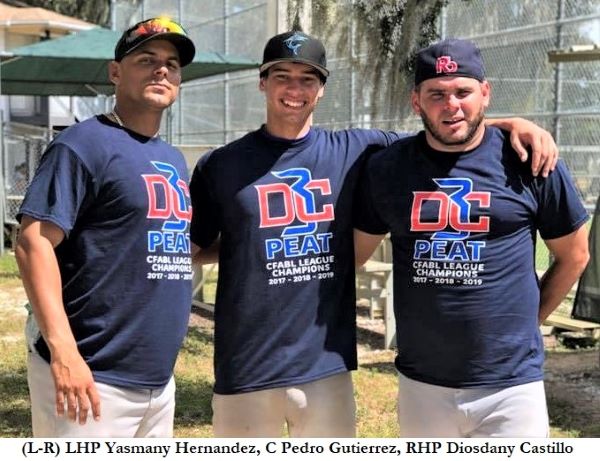 This is our third consecutive league championship since joining the CFABL. We rode our pitching all season, along with strong defense and tough AB’s.

My brother Roland and I have enjoyed keeping this team together since 2007. Now we look forward to the MSBL Fall Classic in West Palm in Florida and chasing a ring!