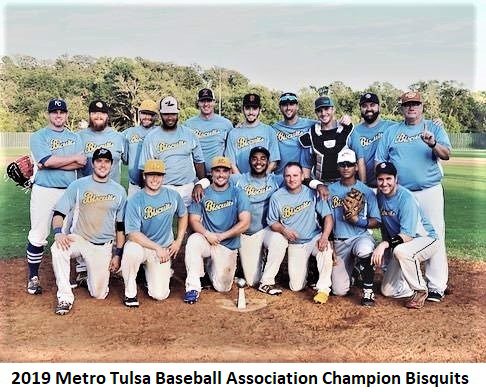 The Tulsa Biscuits won the Metro Tulsa Baseball Association 2019 championship series. The team is managed by Jeremiah Clark and Jerry Jacobson. The Biscuits finished the season 12-6, but had an undefeated record of 5-0 in the playoffs, topping the Astros in the quarter finals, the Liners in the semi-finals two games to none and the Green Monsters in the championship series, also two games to none.

The team was led by outstanding pitching performances in the final series by Andrew Dickenson in game one and Brandon Bargas in game two. Jake Morris crushed a home run in game two to expand the lead and help the Biscuits take the victory. This is the team’s third title in four years.