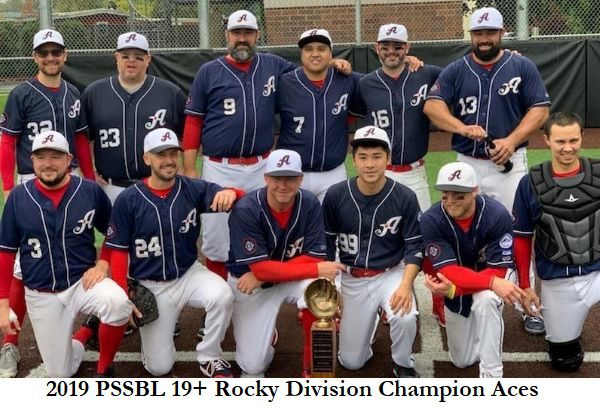 The Aces didn’t finish the regular season well, losing the last three of five. However, there seemed to be a different mindset as I talked to the team before each playoff game. Players seemed to be more focused and willing to be selfless for the team, as this is why we worked so hard during the regular season.

Summing up the championship run is fairly easy from my perspective. The Aces defense played error free baseball, behind multiple exquisite pitching performances by Paul Davison and his catcher Paul Fisher. Brandon Way was a defensive highlight reel at shortstop while Jordon Turpen stepped on to the mound with Neil Kappen at catcher to win us a huge playoff game.

Our hitting from top to the bottom of the lineup, led by the clutch Adrian Brockway, followed by heads up base running and base coaching, put us in a position to win each game.