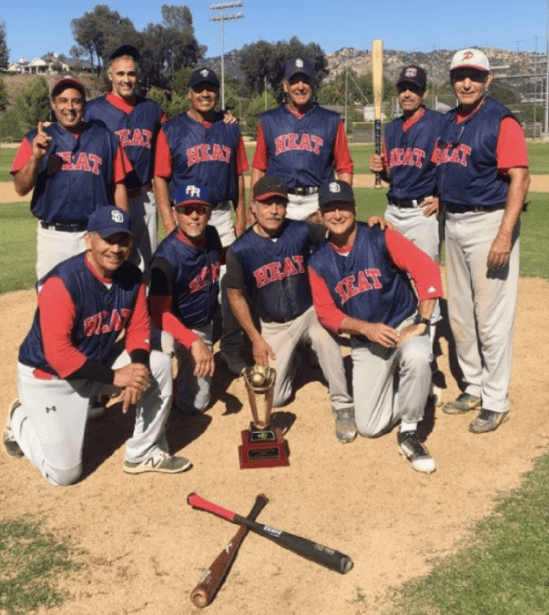 The San Diego Heat played in the North County MSBL 62 and over division for this past summer season. We had nine wins and one loss ending in 1st seed for the playoffs. We beat the 4th seeded Bruins team 5 to 1 then we played the 2nd seeded team, North County Indians, for the Championship. We beat the Indians 11 to 6.

Our MVP for our season was Vince DelaMontagne who hit near .700 for the season. Our MVP for the Championship game was Jesus Alverez, who pitched five strong innings to shut the Indians down. The entire team contributed to our successful, championship season!