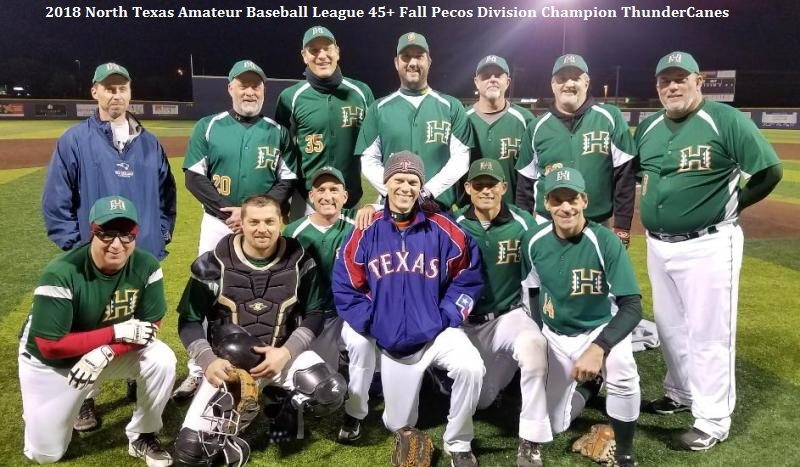 ‘Canes Get Hot and Stay Warm in Title Game’

North Texas recorded a record (you can look it up!) twenty-nine inches of rain in September and October, pushing the North Texas Amateur Baseball League Fall Ball Season well into November. Generally speaking, Texans do not like cold weather, and especially don’t like playing baseball in cold weather, however there were Champions to crown in the rain-abbreviated season. With playoff and championship games played in temps hovering just above freezing, uniform requirements took a back seat to protecting oneself from hypothermia. 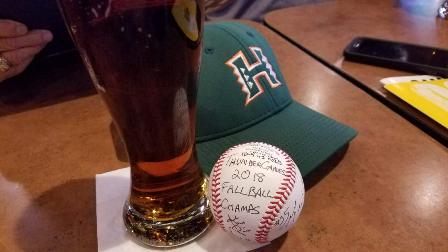 Friendly rivals Caddo Reds and ThunderCanes took the field with a game time temp of 35 degrees. The Reds took a 1-0 lead until a wild and woolly fourth inning, where both teams combined to send 23 batters to the plate, scoring a combined 15 runs. The ‘Canes won the inning, plating nine. Most of the damage was done on RBI hits by Nate Larmon (2B), Chris McCann (3B), and Michael Madsen’s bases loaded single. All had multi-RBIs in the inning that saw every ThnderCane hitter reach base safely.

The Reds countered in the bottom half of the frame, scoring six of their own, taking advantage of two walks and two errors. ‘Canes starting pitcher Eric Reifschneider was relieved by Bob Delahunt to begin the fifth with the score 10-7. The Reds pushed across two runs with two outs before Delahunt coaxed a ground out to close the frame.

Going into the final inning the ‘Canes missed a golden opportunity to get some insurance, but left the bases loaded. Delahunt returned to the hill for the home half of the inning and promptly shut the door, sealing the win for the ThunderCanes and starting the mass exodus from the field to Buffalo Wild Wings to get warm.