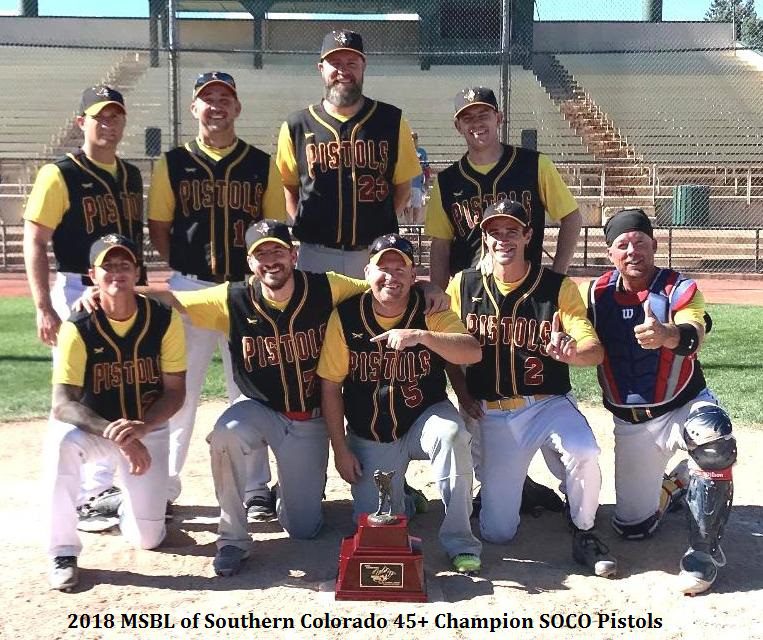 The MSBL of Southern Colorado league rivals Southern Colorado Pistols and the Colorado Springs Bombers squared off for the MSBL 18-45-over championship at Spurgeon Field on September 23rd. The Pistols were 0-1 in league play versus the Bombers and 1-0 in the double elimination tournament.

An early lead helped the SOCO Pistols defeat the Bombers 10-3 for the title. The Pistols scored early on a single 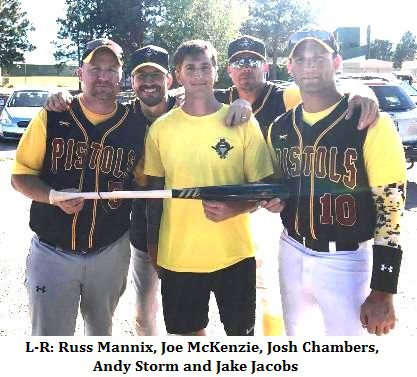 We then put up three runs in the seventh inning as Andy Davis and Jason Jacobs all moved runners across the plate with RBIs in the inning. Pitcher Zach Versluys toed the rubber for us while lasting four and a third innings, allowing only four hits and two runs. Wirt started the game for Bombers and lasted three innings, allowing 12 hits and nine runs while striking out two. Baumann threw five innings in relief.

We tallied 17 hits on the day, with Joe McKenzie, Russ Mannix, Davis, Storm, and Versluys all collecting multiple hits for the Pistols. McKenzie led the Pistols with four hits in six at bats. The Bombers racked up eight hits in the game with Willoughby and Baumann each collecting multiple hits for Bombers. Willoughby went 3-for-4 at the plate to lead Bombers in hits. 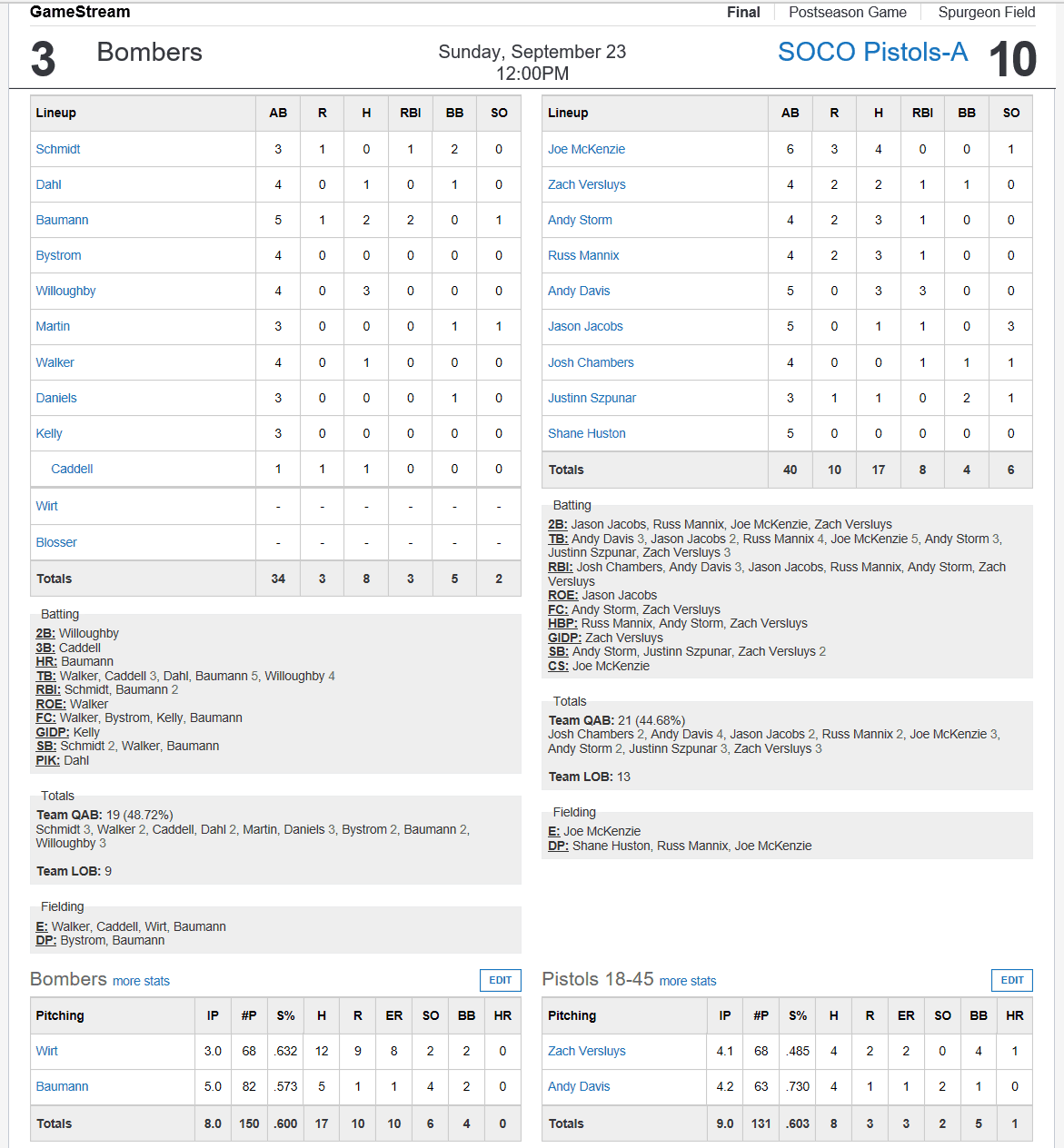