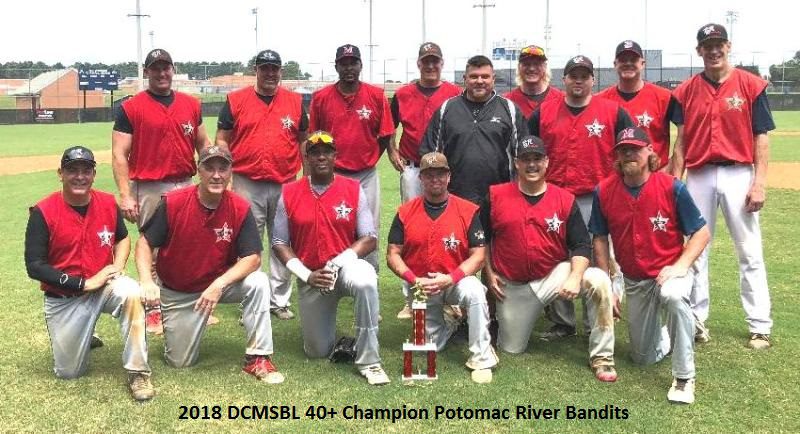 The Potomac River Bandits won their sixth championship in seven years of play in the 40+ division of the DCMSBL. The championship game went 16 innings.

Dave Thune, Pete Groves, Jake O’Neill and I were on Bandits teams that won championships in the 30+, 40+ and 50+ divisions in 2018. It was a very special year for Bandits baseball!