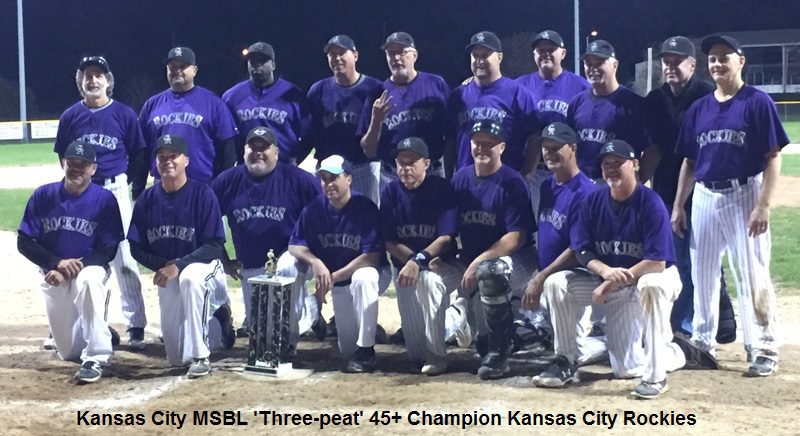 ‘Dorman Takes Control on the Hill’

The Kansas City Rockies won their third consecutive league title in the 45+ division of the Kansas City MSBL by sweeping all three opponents in the playoffs, capped by a 10-0 win over the Royals.  Charlie Dorman was the winning pitcher in the final for all three championship seasons.

The Rockies got off to a sluggish start going 1-3 but roared to the finish line by winning 12 of the last 13 games to finish in second place behind the Blues.  Each and every player was a major contributor to the successful season.

Only four years old, the Rockies have played for the championship in all four years, winning the last three.  We look to continue our success in 2018!