Skip to content
By Greg Cohen, edited by SJMSBL September 22, 2014

After enduring 26 years of frustration the Yankees are finally champions of the San Jose MSBL Ettare division and they did it by pulling off one of the biggest shockers in league history by sweeping the four time consecutive champion and heavily favored Orioles!

Charter members of the San Jose MSBL founded in 1988 the Yankees have endured heartbreak for every one of the leagues 26 previous seasons. And last season the Yankees bottomed out with just 4 wins and missed the playoffs entirely which is hard to do when 8 out of 10 teams qualify for the post season.

With the bitter taste of 2013 in their mouths, the Yankees dedicated themselves to putting a winning team on the field with the goal of being the last team standing after the final out of the 2014 Ettare Division Champions Series.

Team Manager Jose Mendoza started his 2014 recruiting efforts early by adding standout pitcher and shortstop Ryan Erickson to the Yankees. Erickson would go on to finish his All-Star campaign with a 7-3 record, 99 strike outs and a 3.01 ERA. He also hit .430 with 35 runs and 27 stolen bases while flashing gold glove leather all season.

The next two important pieces of the team were added during the league’s open tryouts at Los Gatos High School. The Yankees drafted infielder/pitcher Topher Chen and catcher David Wark. Both of these players would play key roles in the Yankees’ championship season. Chen played 2B, 3B and SS, provided key innings on the mound, and finished the season hitting .352 with 6 doubles and 16 RBI. Wark provided exceptional defense behind the plate all year, often catching both ends of doubleheaders and despite the heavy workload behind the plate batted a solid .297 with 7 doubles and 12 RBI.

The Yankees took advantage of their pre-season schedule and practice time to integrate the new players with the existing core, and as the season progressed, they personified the definition of the word “team” with all of the members of the roster contributing throughout the season.

2nd year players Ben Raney and Joe Gurule provided timely contributions throughout the season. Raney played great defense at 2B and SS while hitting .354 with 15 stolen bases, and Gurule pitched, and hit his way to a .302 average.

The remainder of the team consisted of veterans, most of whom have endured 5 or more seasons of Yankee futility and frustration.

Jeff Arroyo battled his way to a .292 average with 17 runs while playing a great center field. Roy Williams continued his solid hitting contributing a .311 average with 6 doubles and 24 RBI. Greg Cohen bounced between the outfield and first base and hit .393 with 19 RBI and 15 steals. Harlan McCaskey came back from foot injuries to mount an All-Star season finishing the year at .424 with 24 RBI and 20 steals. Michael Chagoya provided stellar outfield defense and hit .333 with 16 runs and 9 steals. Lambert Calvert slugged his way to a .462 average with 2 HRs and 14 RBI. Eric Rynhard proved to be a valuable starting pitcher all season finishing the year with 4 wins. Rynhard also came up with numerous clutch hits throughout the season, and he hit .340 with 7 doubles and 15 RBI. Israel Rodriguez and Jonathan Sibal also provided timely hits when called upon. Rodriguez finished the season at .276 with 8 RBI and Sibal hit .316 with 7 RBI. Alex Niedzielski continued to lend support to the team and was extremely helpful to the Yankees’ success throughout the year.

The Yankees overcame a season ending injury to one of its all-star players when Lonell “LC” Chattmon injured his knee after only 9 games. However, LC continued to be a huge part of the team, lending his time and efforts to the management side of the game.

This recap would not be complete without recognizing the stellar 27 year San Jose MSBL career of Ron Smare who is the last remaining member of the original 1988 Yankees. Ron endured every frustrating season during the 27 year pilgrimage to the promised land. Smare was a key contributor to the Yankees’ success this season, hitting .400 and providing great coaching support.

The Yankees could not have won this year without contributions from every member of its roster, and behind the leadership of Jose Mendoza, Greg Cohen, Lonnel Chattmon, Lambert Calvert and Ron Smare, they were able to reach their goal that they set in February to win the Ettare Division Championship.

Finally, the Yankees’ winning of the Ettare Division Championship holds an extra special meaning as the division is named after one of the original Yankees, Bob Ettare, who managed the team for nearly 20 years. Although Bob is now retired from playing, this win is shared with him for all of his efforts in keeping the Yankees going year after year. 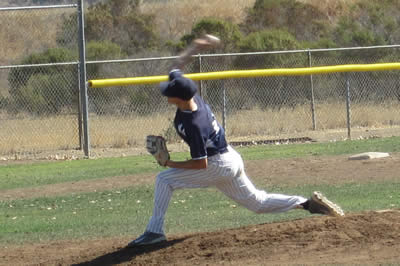 The Yankees finished the regular season with a 12-6-2 record – the best regular season in Yankee history – and good enough to earn the #2 seed in the playoffs and a date vs the #3 seed Red Sox in the semi-final round of the division playoffs. The Red Sox had swept the Yankees in their two regular season games.

The Yankees fell behind the Red Sox quickly, trailing 8-2 after 2 innings. Red Sox starter Chris Jensen cruised the rest of the game as the Red Sox easily won by a score of 15-2.

Facing season ending elimination the Yankees turned to their ace, Ryan Erickson, who came through with a monster complete game shutout as the Yankees beat the Red Sox 3-0 to force a deciding third game.

Game 3 pitted Red Sox ace Chris Jensen versus Ryan Erickson in a re-match of an early season meeting which saw the Sox beat the Yankees by a score of 3-0. In the top of the 1st, the Sox got to Erickson, scoring 3 runs. However, the Yankees were able to come back with 2 runs in the bottom of the 1st against Jensen. The Yankees then added 2 more runs in the 2nd, and took a 4-3 lead into the 6th inning. Not to be deterred, the Red Sox fought back, scoring 2 in the 6th and 1 in the 7th to take a 6-4 lead into the 9th inning. The Yankees, with their backs against the wall, were not ready to see their season end, and they came to the plate in their final at-bat determined to give themselves a chance to win the game.

Michael Chagoya led off the bottom of the 9th with a single. Greg Cohen then followed with a single to left, and Ryan Erickson singled off of Jensen’s glove to load the bases. With nobody out, the Sox pulled Jensen and brought in a new pitcher to face the heart of the Yankees’ order. Harlan McCaskey worked a four pitch walk to force in a run. Roy Williams then battled to a full count before drawing a walk which forced in the tying run and brought up Lambert Calvert with a chance to the win the game, and the series for the Yankees. Calvert worked the count full before smashing a single through the left side sending Erickson home with the winning run.

With their first walk-off win of the season, the Yankees punched their ticket to the Championship Series, and a showdown with the four-time defending champion Orioles. 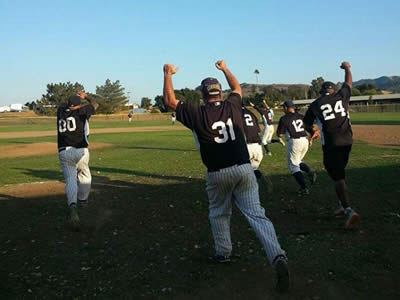 The Championship Series of the Ettare Division matched the two highest scoring teams in the division with the Orioles scoring 244 runs and the Yankees 198. While both teams boasted capable pitching staffs it was the offense that would take center stage.

Eric Rynhard got the Game 1 start for the Yankees and proved to be up to the task. Rynhard threw 4 scoreless innings before running into some trouble in the 5th inning. Luckily for the Yankees, they had built an 11-2 lead by the 6th inning, and although the Orioles scored 5 in the bottom of the 6th, Sergio Zamoramo came on to throw 3.2 innings of 2 run ball to earn the save and lock down the win for Rynhard and the Yanks.

Roy Williams had 4 hits and drove in 5 runs in Game 1 leading the Yankees’ offense to a 16-9 victory.

The Yankees gave the ball to their rookie ace, Ryan Erickson, and staked him to a 6-0 lead after one inning. However, the Orioles did not back down, and after the Yankees had pushed their lead to 9-2 after 2 innings, they roared back, putting up 6 runs in the third powered by a grand slam off the bat of Marco Del Real and 4 more runs in the fourth behind a home run from Pasqual Del Real.

Suddenly, the Yankees’ large lead was gone, and they entered the bottom of the 4th trailing 12-11.

The Yankees had overcome adversity all season long and did not yield being down a run after four innings.

Using timely hitting the Yankees pushed 3 runs across in the bottom of the 5th to take a 14-12 lead, then added another run in the 6th, four more in the 7th, and one more in the 8th to push the lead to 20-12.

In his second relief appearance of the day, Sergio Zamoramo was able to silence the Orioles’ big bats with 3 crucial scoreless innings in the Orioles half of the 5th, 6th and 7th innings.

The four time consecutive division champion Orioles would not go quietly and managed to rally in the 8th and 9th innings. With two outs in the top of the 9th the Orioles had cut the Yankee lead to 20-18, had a man on and sent the tying run to home plate in the form of Pascual Del Real who had already hit two homers on the day!

With the game on the line the Yankees went back to Ryan Erickson, who had started the game, to get the final out. Erickson got Del Real to pop up to Topher Chen at short for the final out giving the Yankees a 20-18 win, a two game sweep of the mighty Orioles and the first championship in team history.

The Yankees would like to send their congratulations to the Orioles on another great season, and wish them luck as they move to the Dunn Division next season.