The first week of the 2018 edition of the MSBL Fall Classic in West Palm Beach, Florida is complete and six champions were crowned. Below are their game summaries and team pictures. Congratulations!

By Elliot Brownstein, special to MSBL-Sunday afternoon at FitTeam Park the MSBL Fall Classic featured the Atlanta Reds and Tampa Thunder in the 18+ Championship Game. The Thunder showed a promising start to the game but were ultimately outmatched by Reds pitcher James Sexton leaving them scoreless in the last six innings. Reds pitching wasn’t the only positive, as almost all of their batters recorded a hit and closed the game with a final score of 10-4. 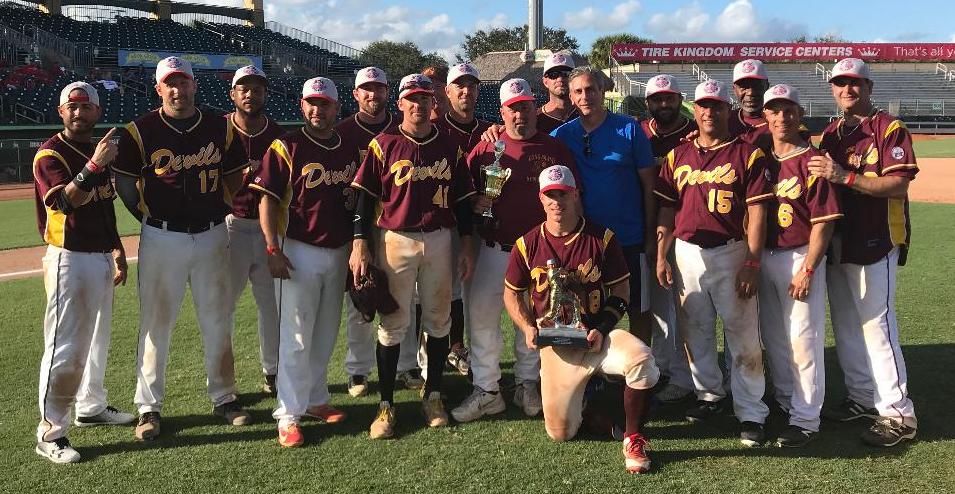 By Chris Errington, special to MSBL-Jupiter, FL–Mike Schippell tossed a four-hitter and the Long Island Sun Devils parlayed Ian Allen’s bases-clearing triple into a four-run third inning to earn a 4-2 victory for the 30+ Wood Bat Championship. Schippell was masterful throughout in his only start of the tournament, striking out three and inducing continual soft contact through an array of off-speed pitches. The victory over the defending Fall Classic champions gave the Sun Devils their first championship since winning the 35-Mountain title two years ago.

By Chris Errington, special to MSBL-Tournament MVP Joe Lockhart escaped a key eighth-inning jam in relief of winner Scott Hiers and the Susquehanna Valley Hitzmen parlayed just enough offense into their first Fall Classic championship, 5-3 over the Connecticut Top Hats. Lockhart, who earned a pair of complete game victories during the tournament, recorded the save as the Hitzmen erased an early deficit and scored two critical seventh-inning runs to hold on for the victory.

By Elliot Brownstein, special to MSBL-Early Saturday morning on a hot South Florida day the EC Cardinals took on the Tampa Blue Jays for the MSBL Championship. The Blue Jays jumped out to an early 4 to 1 lead on six hits in the bottom of the first. From that point on it was all the EC Cardinals. They received outstanding pitching all day and received timely to keep constant pressure on the Jays. For the EC Cardinals this marks their third championship in as many years. 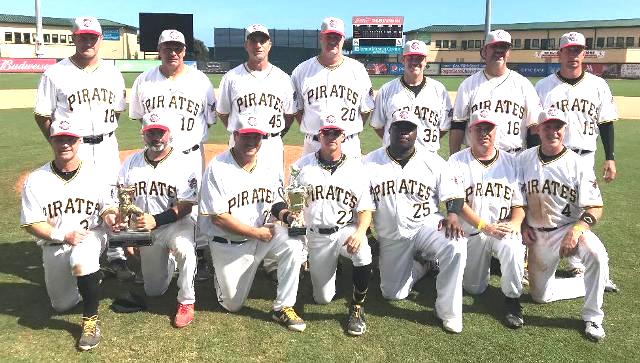 By Chris Errington, special to MSBL–Jason Flach tossed his second complete game and earned his third victory of the tournament as the Carolina Pirates captured a second consecutive 45 American Fall Classic championship over the Atlanta Braves, 6-3. Carolina, which defeated Atlanta 3-1 in last year’s Fall Classic title game, trailed 3-0 before tying the game in the fourth, plating two more runs in the fifth and one more in the sixth to seal the victory. Flach finished with a nine-hitter and escaped a trio of Atlanta threats over the final six innings. 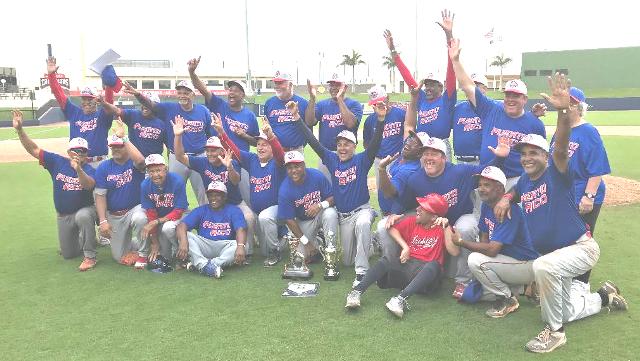 By Elliot Brownstein, special to MSBL-The Puerto Rico Athleticos and Albany (N.Y.) Cubs battled for the 55-over championship Saturday afternoon at FitTeam Park in West Palm Beach. Pitcher Virgilio Perez pitched lights out all game, only giving up two runs late in the game. A seven-run fourth inning helped the Athleticos win 9-2 to gain the trophy everyone fights for each year.