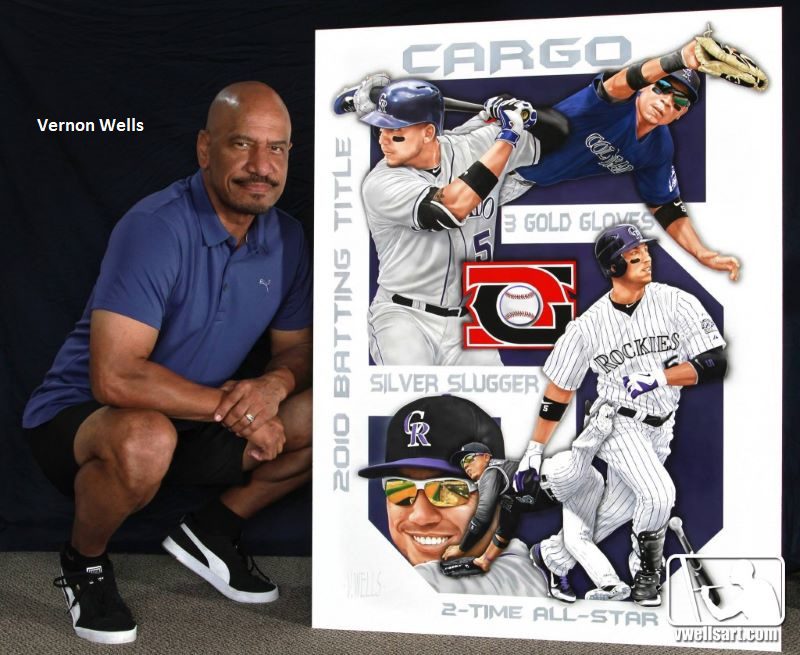 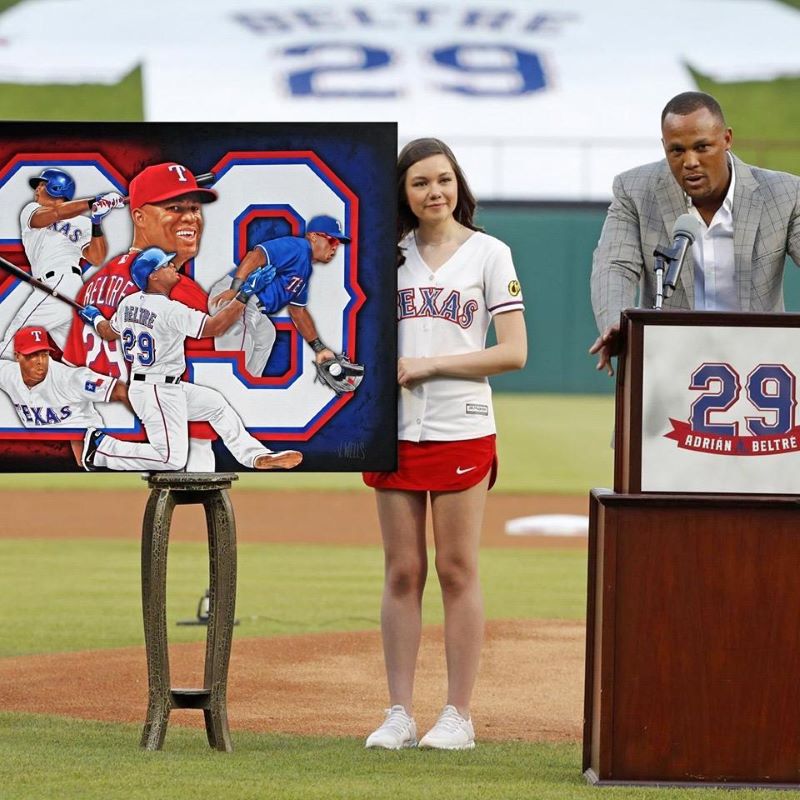 Vernon Wells, Sr. has been an MSBL member in Texas and a tournament participant for more years than either of us wish to revisit. I have played against him in too many playoff games and his teams have more often than not had their way with mine and he possesses a drawer full of rings to prove it. But there is another side of Vernon that you may not be aware of.

Vernon Wells is a world class artist. Residing in Texas, he is commissioned by sports figures across the country, and in all levels of competition, to recreate their special achievements or personal wishes. This also includes many of his MSBL friends throughout the years. 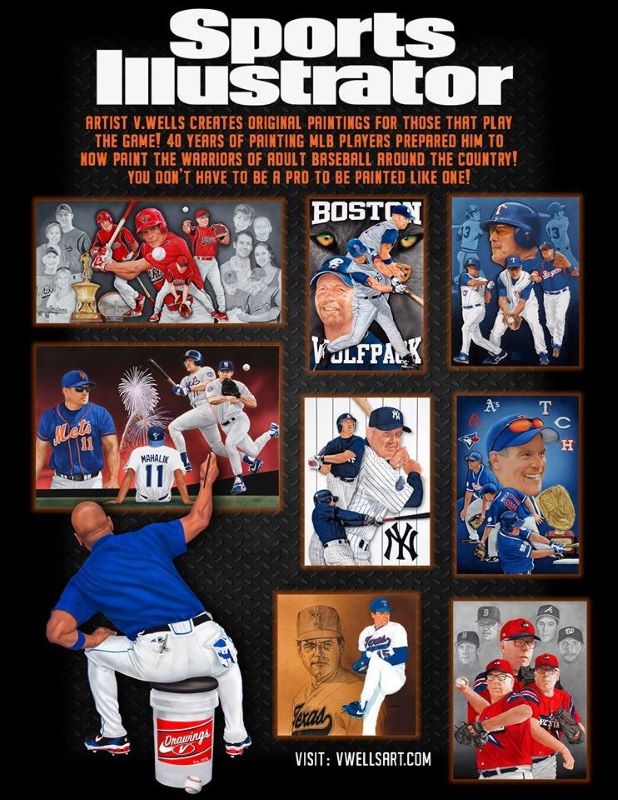 Gerry Mecca from the North Texas Amateur Baseball League recently contacted us regarding a very special night for Vernon as his work was on display for retiring Texas Ranger legend Adrian Beltre. Here are a few words from Gerry about the special event:

“It was an awesome night, actually a twi-night doubleheader, where the Texas Rangers finally retired Adrian Beltre‘s jersey #29. The backdrop was even more meaningful to our North Texas Amateur Baseball League and league star and phenomenal sports artist: Vernon Wells.

The Rangers swept the A’s and Vernon was there having been commissioned to create a piece of art for Adrian, and it came out amazing! 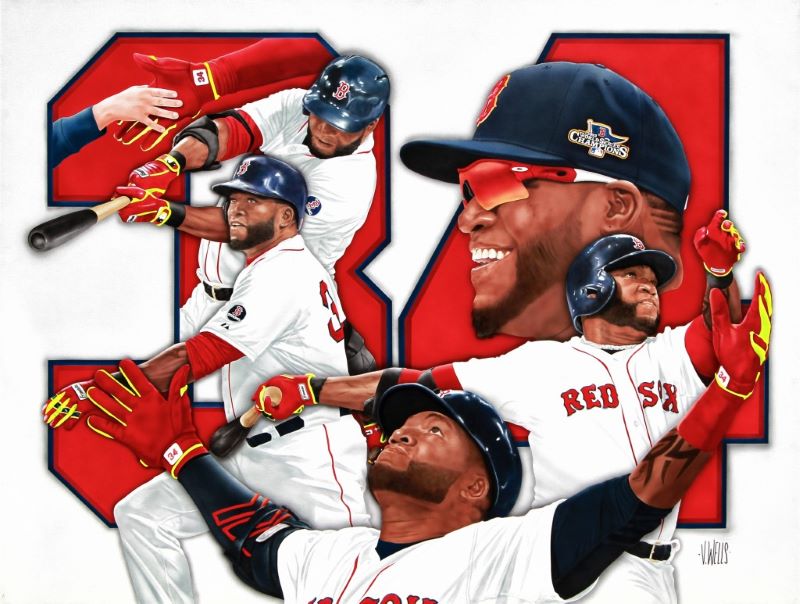 In his spare time he also recently updated a Sports Illustrated-like compilation of MSBL players (above) and several North Texas guys were honored to be a part of it, including yours truly alongside John Mahalik, Ron Piacenti and Kenny Zornes. This time was very special for the North Texas MSBL reps and of course for Adrian – the Ranger great third baseman and incredible father and person.”

Along with MLB player requests, Vernon has now received commissions from our ‘retiring’ MSBL ballers. He can be reached at vwells88@aol.com if you’d like some more information. You can also visit his amazing portfolio of work on his website at https://vwellsart.com/