Editor’s note: MSBL is proud of the many ex-professional ball players within the ranks across the country. We will be periodically publishing their stories of their times in the ‘Bigs’ and how they became involved in the MSBL. We hope to provide their journey, some humor, as well as some advice they may be able to convey regarding being the best amateur ball player you can be. 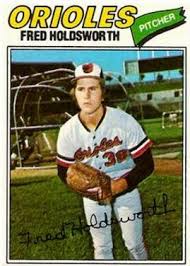 Fred Holdsworth was born on Thursday, May 29, 1952, in Detroit, Michigan. Holdsworth was 20 years old when he broke into the big leagues on July 27, 1972, with the Detroit Tigers.

Now at 66 years old this ex-Major League pitcher, who has found a home in Plainsfield, Illinois, plays in the long-standing Chicago North MSBL for the 1917 White Sox in Max Reising’s 62+ division. Fred’s past rotator cuff issues keep him from pitching any more but he can be seen at shortstop or first base. Fred retired from Comcast in 2012 but brings plenty of Major League memories to the table.

Fred made his big league debut in 1972 for the Tigers while playing that year for an astonishing $13,500 and jumped to $15,000 in 1974 before getting traded to the Orioles. “They said I had a lot of potential early on but I didn’t hit my stride until 1976 when I got called up from AAA with the Orioles. Potential didn’t pay a lot of bills!”

Fred’s journey from AAA to Baltimore in 1976 was a tough one but very impressive. “The Orioles were very good during that period and I was in AAA as part of an amazing rotation. I was wondering if the trade benefited me or if it was a huge mistake.” This is the rotation Fred was a part of for the Orioles AAA affiliate: Fred, Scott McGregor, Mike Flanagan and Dennis Martinez. Good grief! Here is the amazing topper. “Believe it or not, I was the first one out of that bunch called up,” stated Holdsworth. “I guess my AAA manager Joe Altobelli saw something. I’m glad he did.” 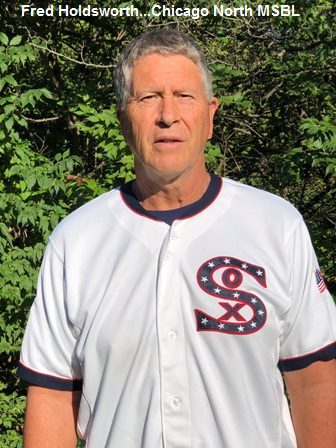 tallied fourteen in a row retired. That obviously led to more time and some spot starts. That also led to a setback at the end of the year. “I was 4-0 going into my final start of the year against Boston and hurt my arm. I had rotator cuff problems and also hurt my deltoid muscle. I lost that last game and ended up 4-1 with a 2.04 ERA and even had a couple of saves. That rotator cuff injury was something I could never fully recover from but that year with the Orioles was the year I realized I could pitch at that level. It’s a shame I got hurt. I just couldn’t come all the way back.”

A tough 1976 with the Orioles led to a trade to the Expos in 1977 where he posted a 3-3 record for a mediocre team but still logged an impressive 3.19 ERA. “It was a tough time but I made a lot of good friends. I pitched back to back starts against Steve Carlton, losing 1-0 in Montreal but beat him 7-2 in Philly with my mom in the stands. That was really special and remains the highlight of my career on a couple of different levels.”

Fred was acquired once again by the Tigers in 1979 and then finished his career with the Brewers in 1980. The arm just wouldn’t hold up so some career decisions had to be made. “I decided to go to the University of Michigan and get my degree and start working at a real job.”

That led to Fred’s eventual sojourn to the MSBL. Fred’s daughter lives in Naperville, Illinois and when he retired in 2012 he was visiting her and she mentioned something about a baseball league. She knew someone in the league and asked him if he would be interested in lacing them up again. “After a phone call or two I found myself playing again in 2013. We weren’t too good then but have put together a string of a few in a row lately. I love being back in the game but nowhere near the mound!” 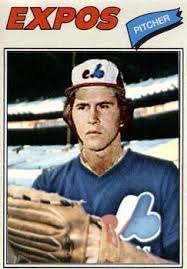 I asked Fred about what it is like hitting a mid-90’s fastball at the major league level, though he didn’t get too many opportunities. “When I came up in 1972 I went to the plate and knew this guy was going to throw one down the middle as hard as he could throw it, since I was a 20 year old rookie pitcher and didn’t have a clue. So I made up my mind I was swinging at the first pitch and lined it right up the middle. That was my one and only hit in the major leagues and it was my first at bat.”

As Fred has gotten older he has earned the right to instill some wisdom about the game and how we MSBL warriors can keep playing or improve. “Throw, throw, throw,” stated Holdsworth. “Long toss or simply playing catch. Not as hard as you can throw it, but you have to keep the muscles warm and let muscle memory take hold. Nowadays pitchers are babied and it’s ridiculous. They get put on the DL because they don’t throw enough. No matter how old you are, keep throwing or work the rubber bands if it’s rainy or cold or you don’t have a partner to play catch with.”

“I know it is a cliché but try to stay as healthy as you can, which includes your diet,” Holdsworth continued. “Enjoying the game is all about the love of the game. We are so fortunate to be able to still play. Have fun and play like you were a ten years old kid. Have fun.

Do a good job in your pre-game stretching. Touch your legs, touch your arms and shoulders, and don’t just go

through a few stretches and think you’re ready. Bend over, stretch the hammies and do a good fifteen minutes of this. You’ll be glad you did. Also, some additional words to remember: If you can slide, slide. If you can’t don’t. There are a hundred different ways you can get hurt sliding. If you don’t have to hit the dirt at our age, don’t.”

This is wonderful advice from a premier major league player but what about the stories? What did he witness in the ‘Bigs’ that was memorable or hilarious, at least for a ‘G’ rated audience. “Keep in mind I played for Dick Williams, Billy Martin and Earl Weaver in AAA and the Majors,” explained Holdsworth. “Dick Williams was by the book, Earl was a real pistol yet very conservative and Billy was Billy. I’ll say this about Billy. He was the absolute best game manager I ever saw. Yes, he had his problems but 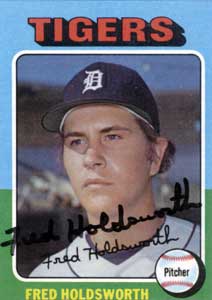 during those three hours between the lines you never saw anyone who NEVER missed an opportunity or could gain an edge. He was a genius and deserves to be in the Hall of Fame.”

What may have been the craziest thing he ever saw? “Billy and Earl versus the umpires. I had a front row seat. I was there when Earl and Joe Brinkman turned their hats around and barked at each other nose to nose. We were laughing our butts off as this rooster was out there screaming while Joe was screaming back. I met Earl at a lounge many years later while I was with my son and Earl recognized me and asked me to join him for a drink. Then he started yelling at the bartender. I turned to my son and said ‘see, that’s what I was talking about all those years.’ I was part of something special and will never forget it but I am also thankful I am still able to play this great game. Thank you.”