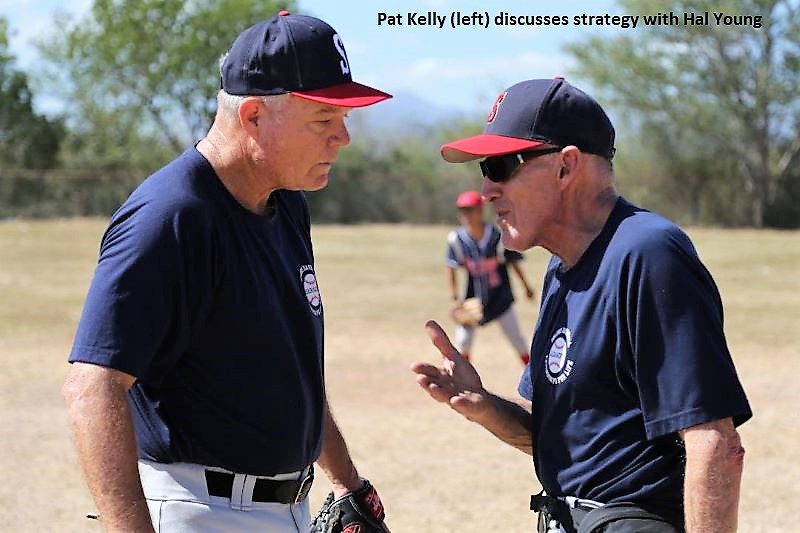 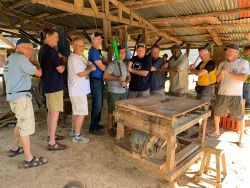 67-year old Pat Kelly is a long-standing member of the Sacramento Men’s Senior Baseball League, where he began playing in 1993. He is also an annual participant at the MSBL World Series in Arizona and the MSBL Vegas tourneys as a member of the perennial powerhouses Sacramento Tribe and Sacramento Majic, with an occasional stint with the Solons. This past January Pat and a dozen of his league associates decided to take their skills to Nicaragua in an attempt to help the impoverished children improve their baseball skills, while also delivering 1,300 pounds of much needed equipment, including 500 baseballs, 100 bats, helmets, shoes, gloves and all things baseball.

“Trip coordinator, Hal Young, is a good friend of mine from California who built a community center in La Calle Real in an attempt to raise education and help the local families learn basic skills in building, farming, sewing and regular skills needed to survive,” explained Kelly. “Hal has been going down there maybe ten or twelve years and he noticed how popular baseball was with the kids but that they didn’t have the skills or equipment needed to keep moving up and improving. He thought that a series of baseball clinics would be very worthwhile. That’s how the idea was hatched. Hal is a saint.” 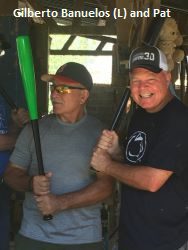 This past January was the first year of much anticipated baseball clinics in Nicaragua. Hal, Pat and ten others, along with five women, flew down for a ten-day, five clinic trip that would take them to such areas as La Calle Real, Telica, Leon, Granada and Montelimar. The logistics alone in flying with bags of equipment into a fairly unsettled region was interesting, as Pat explained.

“The first problem was that we could each take two bags with a limit of 50 pounds per bag. One of my bags weighed 65 pounds so we had to start yanking things out. The first things to go were the 34-inch aluminum bats, as these kids are only 10 to 16 years old, so that got the weight down where we needed it.”

“The real culture shock,” continued Pat, “was passing the police while they were toting machine guns as our bus took us from the airport to La Calle Real, approximately a two-hour trip. It was very surreal.” 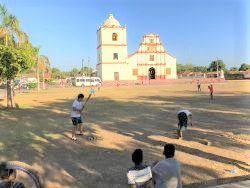 So what happens at a two hour youth baseball clinic in Nicaragua? “We split up the kids into maybe four or five groups and created stations that included hitting, outfield, base running, infield, pitching, etc. and spent about 20 minutes with each group as they rotated around, sort of like a Major League Fantasy Camp. Every town had from 45 to 80 kids at each clinic. It was unbelievably rewarding, especially since they all received equipment. I will never forget the smiles on their faces. Heck, some kids showed up without gloves and wearing flip-flops but went home with gloves and rubber spikes. We also gave each of their coaches a burlap bag full of baseballs, full catcher’s gear and more bats and equipment. I know we made a difference.” 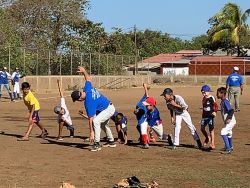 Pat explained that there was only one of the fields that had any grass on it at all. It was pretty primitive, including horse poop in the outfield. “These kids are amazing in that they were diving across a hard, rocky field after balls that had a potential of bouncing up and taking out an eye or a few teeth. They were 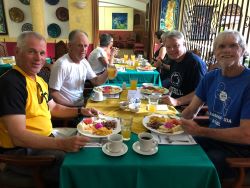 fearless and I admire them so much. That is the only way they know how to play.”

The finale of each clinic was a six-inning game pitting the instructors, along with a few pick-ups, against their pupils. Everyone had a blast. “I was a little embarrassed in that all day I had been 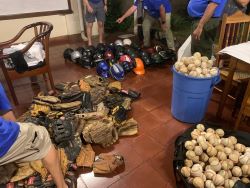 teaching these kids how to get in front of grounders, scoop and throw in one motion and to not turn their heads. Well, the first grounder I saw at second base I did the traditional ‘OLE‘ off to the side because this infield was not much better than a bad parking lot. I got a little deserved ribbing for that one.” 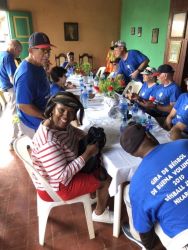 Of course, Hal Young wanted to make sure that his visitors had time to see some of the sights and to get a taste of the local environment. “We were able to stop along the way to our clinics and see amazing beaches, local eateries and also just take in the sights. It is a beautiful country. We took tours of volcanoes, went zip-lining, took a boat tour of Lake Nicaragua and also found time to relax with a cold one whenever we could.”

Pat and his crew needed translators to help talk with the kids while being periodically invited to their helper’s houses for a nice meal. One such translator had gone to the university, gotten his engineering degree and built a house for his parents. Pat and the crew were invited to his parent’s house for dinner after one of the day’s festivities. “I had no idea what to expect to eat,” said Pat after the invite. “To my amazement we found a feast of chicken, vegetables, breads and all sorts of wonderful treats. I was expecting rice and beans. The people there are so warm and welcoming.”

When I asked Pat if MSBL players can help donate used equipment for next year’s trip it was met with much enthusiasm. “We can use all of the equipment we can 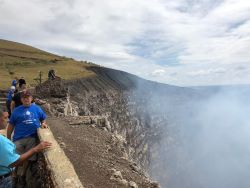 handle. Our Sacramento league donated everything we took this year and were very generous. The needs are so great down there,” Pat further explained. 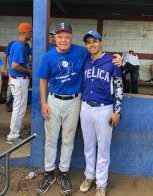 “Bats, balls, uniforms, gear, gloves, hats, helmets, anything, really. They don’t use steel cleats so we can only take rubber. Also, please remember these kids are 10 or 16 years of age so as your children outgrow their youth cleats please keep us in mind.”

Hal Young’s charitable organization is called the Worldwide Child Relief Foundation. You can visit their website at www.wwcrf.org to find out more about Hal’s unselfish mission. To find out more about how you can donate equipment for next year’s baseball clinic trip please email Pat directly at pkcoach@surewest.net. He will be happy to coordinate the project and provide details and answer any questions.