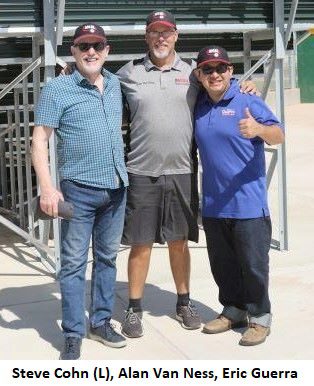 (Photos by Jane Burkitt) The Army Depot Park Grand Opening and Thank you Celebration was a success and the league showed its appreciation. The Sacramento Vice Mayor Eric Guerra and his support crew was there. He spoke of the history and growth of the Sacramento Men’s Senior Baseball League and how important the league is to the community and how it has earned the new home. The Sacramento State Director of this 4-year project, Jim Reinhart, also spoke.

We were also privileged to have retired Councilman Steve Cohn, who was instrumental in both our former home, Dan McAuliffe Fields, and the new Army Depot Park. I walked the 20 acres of tall weeds with Councilman Cohn in 2016. His vision of what we could have as a gift from the City and CSUS was right on point. This league is truly blessed. I hope the next couple of generations continue to grow and enjoy this great opportunity to play the game we love.

Thank you Steve Sigler for supporting this league, along with the hundreds of other MSBL leagues throughout the country and the world. This truly is the greatest amateur organized sport in the world. 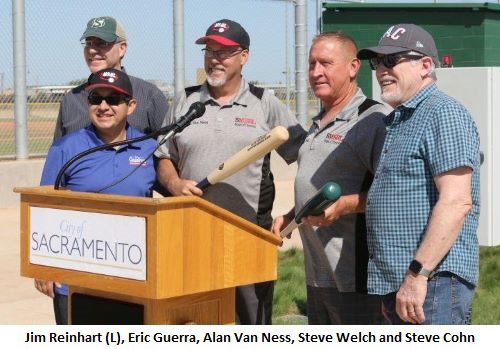