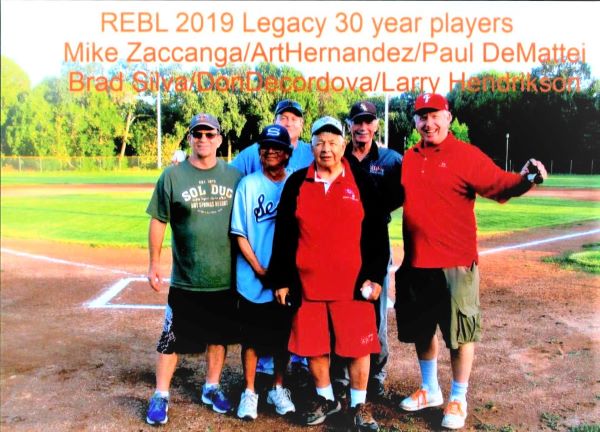 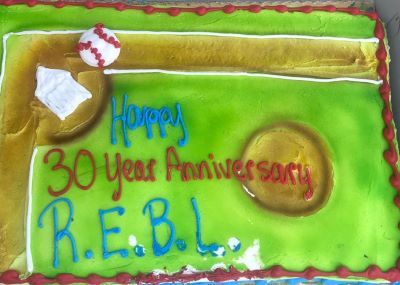 On Saturday night, August 17th, the Redwood Empire Baseball League hosted an event celebrating their 30-year anniversary under the MSBL banner. They featured a barbecue, a home run derby and a highlight game between two of their top teams. Prior to the game, the six “legacy” members, who are players who played in the inaugural year and are still playing in 2019, threw out the first pitch and received plaques celebrating their REBL careers. 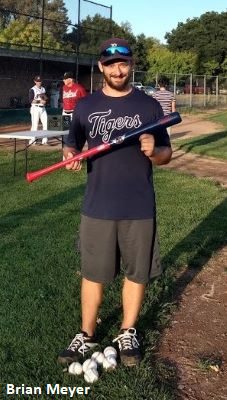