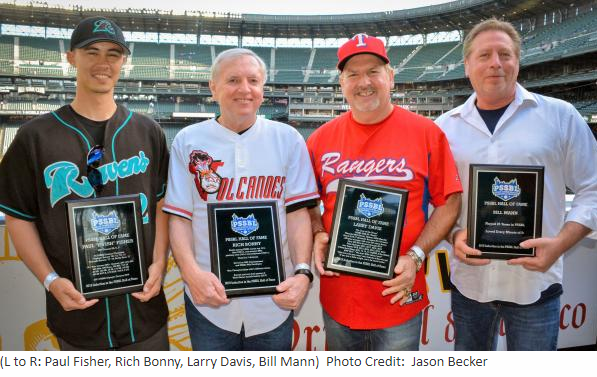 A very special PSSBL event took place Monday, June 3rd, at T-Mobile Park prior to the Seattle Mariners game against the Houston Astros. Four PSSBL players were inducted into the Hall of Fame. The PSSBL Hall of Fame, established in 2011, is a special honor for players who have demonstrated achievement on the field, in administration, or both.

Of the several thousands of players who have donned PSSBL uniforms over our 31 seasons, only 48 have been honored with Hall of Fame credentials prior to the announcement of the 2019 class. Congratulations to Paul Fisher, Rich Bonny, Larry Davis and Bill Mann, our four new members of “The Hall”, who were celebrated at the well-attended event.