Editor’s note: Andy Allen plays in the Houston Hardball League and is a 20-year MSBL veteran and also an annual participant in the MSBL World Series in Arizona. Andy was kind enough to answer our plea to tell us about your MSBL career or any milestones that may be approaching in 2019. We would love to share your experiences with the rest of the MSBL nation! Please send anything you may wish to convey to msbllamontia@aol.com. Good luck and play safe in 2019 and we’ll see you in the dirt! 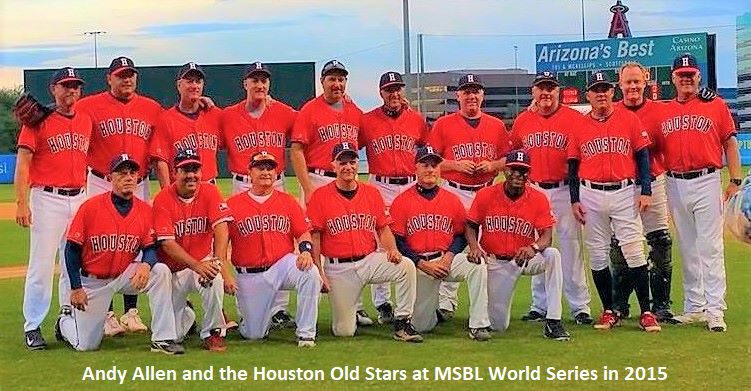 ‘My Baseball Life-20 Years of Milestones and Friendships’

Baseball has been a big part of my life since I was old enough to play catch with my neighborhood friends. When my friend, Scott Tinsley called me in early 1999 to ask me if I was interested

in playing in a baseball league, I had to ask him to repeat what he said, because I thought he wanted to play softball! I hadn’t played baseball since 1980 with my high school team. 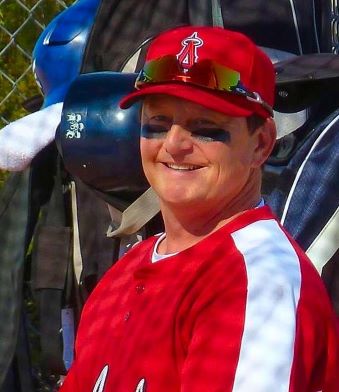 Scott and I ended up coaching the new team, we were the PADRES. I remember my first game in the North Texas Amateur Baseball League (Dallas) like it was yesterday. My first ever MSBL at-bat I hit a screaming line drive by the first baseman that bounced all the way down to the right field corner and hustled around the bases for a stand-up triple. That was 20 years ago and about 40 pounds! Ha!

I played in the NTABL from 1999-2003. In 2003, I moved to Houston to open an office for my company. I immediately called Houston Hardball League president Joe Banasik and told him I was looking for a team to play on. He set me up to play for the Cardinals. My first game with my new team was on a beautiful Houston summer day, 100 degrees and 99 in the shade. My Coach, Don Haas, must have liked me, because I batted lead off and went 3-3 with three stolen bases. I almost had a heat stroke!

After that Fall season in Houston, I switched teams to play for the Houston PADRES. Then it happened, on April 23, 2004, our team was tied in bottom half of the last inning. With two strikes, I hit my one and only, and game winning walk off home run. It was a thrill to win the game for the boys and something that I will never forget.

Since that time, I have played for multiple teams in the Houston Hardball League. I have been to the MSBL WORLD SERIES in Phoenix 13 years in a row, starting in 2005. I guess I’m good at ‘first games’ in a new league or new tournament, as I went 4-5 for five RBI’s in my first ever World Series game to help the Houston Padres beat Seattle. I was also part of the Houston Rangers Baseball Club that lost in two back-to-back Championship games in 2008 and 2009.

My most memorable moment came in 2015 when my teammates told me that we were going to put together an All-Star team and try to win the 50+ National Division at the MSBL WORLD SERIES. I came up with the name, Houston OLD STARS (let’s be honest). It was fantastic experience, as Roger Clemens, Woody Williams, Rodney ‘Crash’ McCray, Mike Maksudian, along with other notable ex-professional and college players, rounded out what was the best team I had ever played with ever. The highlight of the week was Clemens facing Dennis ‘Oil Can’ Boyd of the Boston Wolf Pack. We played the game at Tempe Diablo Stadium in front of at least 1,000 fans. Roger and Oil 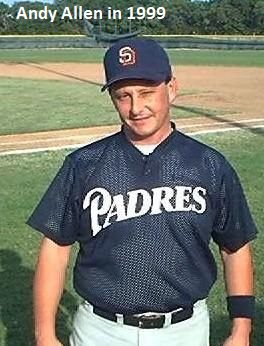 Can put on a show. Steve Sigler made sure the game was promoted for all the right reasons and the game was played at night to ensure other teams could come out and watch us play. The OLD STARS won the game and I can tell my grandkids that I grounded out against Oil Can. We lost the revenge game to the Wolf Pack in the playoffs and didn’t make it to the Championship.

I’ve had the pleasure of playing baseball for the last 20 years with friends that I will never forget. My milestone(s) are my baseball buddies, Bennett Fisher, Gerry Desrochers, Eric Finley, Howard Christian, Todd Edwards, Robert Schwartz, Scott Tinsley, Brent Morton, Tim Donnelly, Pablo Stoltz, Johnny White and the late Rick Ondo. Through the years I’ve had my glove stolen, my bat stolen, had a rental car damaged (cost me $500), a rental car towed (not mine, Bennett’s), a couple of triple plays (one I hit into), a couple of called homers (Brent Morton and Mike Scanlin), a couple of trips to the Emergency Room, and laughs that I will remember for the rest of my life.