New Orleans is world-renowned for its distinct music, Creole cuisine, unique dialect, and its annual celebrations and festivals, most notably Mardi Gras. The historic heart of the city is the French Quarter, known for its French and Spanish Creole architecture and vibrant nightlife along Bourbon Street. But there is a little-known tenant in the heart of New Orleans that deserves some recognition, right along with LSU football. Welcome to the New Orleans Adult Baseball League, headed up by League President James Brossette.

“We are now in our 28th year down here and I have been in charge for the last ten years,” said Brossette. “Al Thibodeax was the original president. I came aboard as a player in 2001 after being coaxed away from softball and it just evolved into being president. I love the challenges.”

The NOLA Adult Baseball League is an 18-over league comprised of eight teams, most of which have been part of the league for many years. “We had eight teams when I took over ten years ago and we have the same number now. Our group of managers are terrific and great guys and we are like a family here. We are hopeful to expand by a couple of teams in 2020 if things work properly, which would take us to a new level.”

The league website promotes ’18-over’ but there is a largely diverse age within the ranks. “We have players from 18 to 73 years old,” Brossette explained. “Richard Miller is our oldest player. We call him ‘Papa Smurf’. He is a great guy to be around and we all love him.”

Some elements in Louisiana make it a little difficult at times to simply get a season of ball in. James said that you may experience all four seasons in one day. “May through September represents a 40% chance of rain every single day. The rain can come in unexpectedly and cause a lake on the field. We don’t have any turfed fields so we can get washed out quickly. Last year we didn’t play for the whole month of June!”

I asked James about the reasons why his league has remained so successful. “I run a pretty tight ship and players know what to expect. I will get out there and prep the fields, groom the mounds and batter’s boxes and spend my Saturday evenings getting them ready to play Sunday. I’ll work my butt off for them and they see that, so I think we all have a mutual respect so there are very few issues that have to be dealt with. If I hear any ‘F-Bombs’ or disrespect I’ll send them packing. I have gone into the stands and told people to leave. Players and their families don’t need to listen to that stuff.” 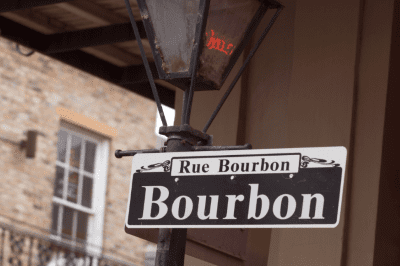 Sometimes running a league seems like a job and a passion that goes unnoticed, but not for James. “It makes me feel so good to see everyone being able to escape life for a few hours per week and leave their troubles behind. They get to keep playing ball. It’s a great reward.”

This special eight team league plays on Sundays on two venues, so it works out nicely for scheduling purposes. Two games on each field and four total umpires working in pairs at the fields. “I’ve known these umpires for 20 years and they do a great job. Everybody knows everybody. It makes things very comfortable and life-long relationships have been formed.”

Like other MSBL leagues across the country there are problems that continually loom. One of those issues is finding fields. “Nobody wants to rent fields to adults, for some reason. We are lucky to have two high school fields that we use but it is extremely hard to find stadiums or college fields. I have a line on something else hopefully next year but we’ll see how that plays out.”

James isn’t playing this year but hopes to return to the field in 2020. He will sub if someone is short but he and his vice president and treasurer wife, Michelle, tend to league business and make sure everything purrs as it should. “Steve Sigler has been great over the years. I have occasionally spoken with Steve about some important issues and he is always there. I appreciate the relationship with MSBL because it makes it easy for me. He is always just a text away.”