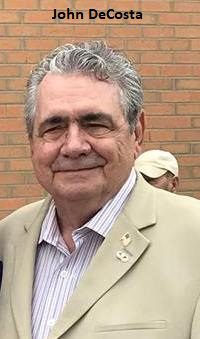 The Indiana Baseball League is located in and around Indianapolis and was conceived and organized in 1989 to begin play in 1990. It was initially a 30-over league, as were most MSBL leagues in ‘the day’, and began with nine teams. Fast forward to 2019 as the torch has been passed to current league president John DeCosta, a post he has embraced for the past eight years.

“Our initial 30-over league now consists of 34 total teams in 18+, 25+, 35+ and 45+ divisions,” explained DeCosta. “We recently tried to organize a 50+ division but weren’t quite ready for it but we’re also not getting any younger. It will happen soon, I feel.”

The 73 year-old DeCosta has hung up the spikes but is still active as a coach while also managing the affairs of the league. “I still manage the Arrows in our 18-over division. We have quite a few league titles. I enjoy helping them along and staying involved on the field. It is very worthwhile.”

DeCosta came into the Indiana MSBL in 1999 and played in the then 40+ division but only for a few years before going into the more administrative side of things. “I was the league vice-president for many years and now the president for the past 11.”

I asked John what was the biggest challenge he faced when he took over the top spot. “We had some internal financial problems that needed immediate addressing so my first duty was to get the league once again financially stable. It was unpopular to raise the fees right out of the chute but it had to be done. We faced stiff competition for quality field rentals but we were able to convince the managers that to reclaim the quality of the league we had to come together. Thankfully it 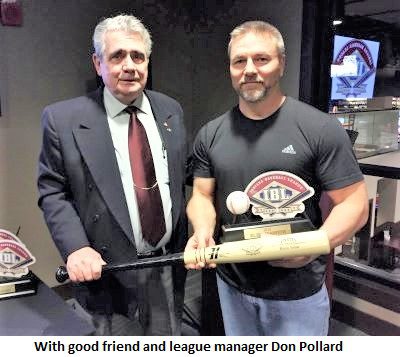 DeCosta elaborated on the importance of embracing the managers roles along with his board members. “I make sure that the managers are involved in our decisions and are not simply preached to. Their input is invaluable and it is their league. My executive board members are the ones who make the decisions and I merely keep things on track and organized. Without the help of these guys we wouldn’t have a league.” John emphasized that I must mention them individually for their endless efforts…please see below 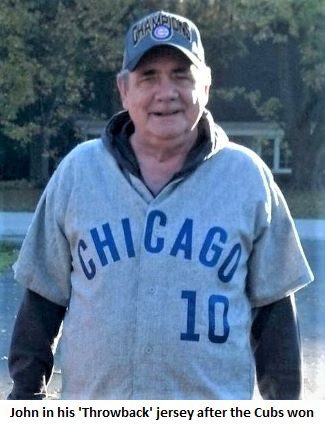 “My greatest satisfaction is a day when the phone doesn’t ring with a problem, all games are on time and without incident and everybody gets to play baseball. It’s wonderful when a plan comes together and makes it all worthwhile.”

John has been playing our great game since the age of eight outside of Palatine, Illinois and his passion is as strong as then. That’s the perfect formula for being a successful league president. He has also been a driving force behind their annual Labor Day tournament, which is coming up soon. “The tourney sort of got dumped in my lap back in 2003 but it has been great,” said DeCosta. “We usually draw between eight and 12 teams in a 25-over format, which we are pleased with because our baseball market isn’t that big. We have been fortunate to draw teams from Bloomington and some other outlying areas. It’s a great time and we keep the fees down and guarantee three games. Players like that.”

Are there any nuts and bolts issues that you implemented that has helped the league thrive and continue to be so successful? “One of the most effective things I’ve done is taking payments online for league fees, which really has helped, and then restructured how they could pay. They have three deadlines. 2/15 for half, 3/15 for the 80% level where they are then considered a viable team and then up to two weeks before the season starts for 100%. On the website they can also make separate payments when it’s convenient to them. Guys also sign up all the time through our player pool. The ability to conduct financial business through the web has been very successful and eliminates a lot of stress and misinformation.

Also, our website is successful and it is a great recruiting tool. It was redesigned just a few months ago. Facebook, too, has been a great addition. It keeps us in front of the baseball people, as we must keep the younger guys coming along and we have to speak their language and go where they 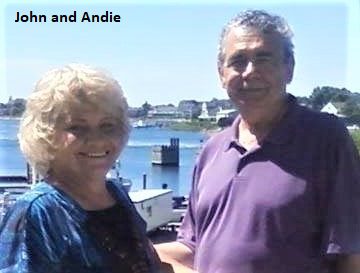 What about any special moments that stick out after all these years of being involved in league management? “All of the people I have come in contact with these past years as president have formed great relationships,” said DeCosta. “Every year I get about half way through pulling my hair out while dealing with the troubles of the league but by the end of the season when everybody has paid and are playing baseball it makes it all worthwhile. I smile while watching our championship games and seeing them being happy. That is special. But most of all I am grateful for the love, support and sacrifice from my wife Andie. She has made it possible for me to indulge myself and follow my love of the game of baseball.”

“MSBL is so important because it helps in recruiting players because of all of the professionalism, national tournaments and insurance programs. There is really no downside to it and being involved in a first-class organization makes it a good experience. Steve Sigler is always there if we have a problem. I am very pleased with our relationship.”