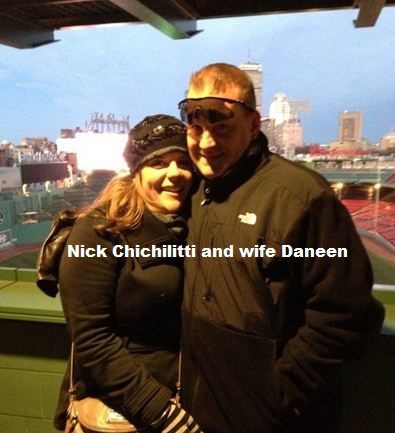 The Bux-Mont MSBL has been a part of the MSBL family since 1992 and is located in and around the Philadelphia region within the Montgomery and Bucks counties of Pennsylvania. MSBL National Hall of Fame and MSBL Honor Roll member Nick Chichilitti is the head guy, a position he assumed in 2004 after Mike Diodati stepped down. Mike is still active as a senior consultant while Nick sweats the details. Nick is a retired law enforcement officer and is married to Daneen and they are the proud parents of their two daughters, Nicole and Danielle.

“Yes, when Mike stepped down, I stepped up,” quipped Nick. “We had seven teams in 2004 and now stand at 28 going into 2019, a statistic I am very proud of. I personally started playing in the league in 1997 and stopped playing in 2008. I am happy to be able to stay involved in this capacity.”

The league consists of two divisions, 28-over and 45-over, and regularly sends players and teams to MSBL national tournaments, including the MSBL World Series and Fall Classic, a tournament in which Nick has earned a ring himself in 2008 while heading up the Stampone Pirates.

We asked Nick what makes the Bux-Mont MSBL so special. “The best thing about the Bux-Mont league is that we have the best level of play in the area, bar none. Competition is at a high level and I am surrounded by top notch officers in the league. We are also proud to have several teams that compete in many MSBL national tournaments every year.”

Now in his fifteenth year as league president, are there any words of wisdom to convey to any up and coming leaders of MSBL leagues across the country? “Have patience and treat every team equal. Be firm but cordial,” said Chichilitti. “Provide exemplary service, attempt to grow the league each year and be there 24/7 for any questions or concerns from players or managers.”

Nick retains a very close relationship with MSBL Founder and President Steve Sigler. “Steve and I are very

close and communicate frequently. He is always there when I need to discuss a league issue.”

States Steve Sigler, “MSBL has been pleased to have dynamic, passionate and well administrated League Leaders, and Nick Chichilitti absolutely fits in. His loyalty is paramount and his league continues to grow and flourish in its 25th year. Thank you Nick!”

The Bux-Mont MSBL begins mid-April and continues through mid-September and has a playoff system in place that includes quarter-finals, semi-finals and then a finals series.

Being from the Philadelphia area it is little surprise that Larry Bowa remains his favorite player. “I was a shortstop, as was Bowa, and he was a hard working player who made himself a very good player. I may not have been the most gifted guy on the field but nobody worked harder.”

That work ethic remains to this day with Nick, which is why the Bux-Mont MSBL continues to thrive and remains one of the premier leagues within the MSBL landscape.