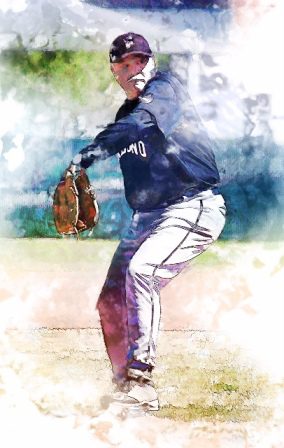 Robert ‘Bob’ Schiotis is a retired law enforcement professional who just happens to be the league president of the MSBL affiliated Fresno Men’s Baseball League. Though retirement age, Bob still plays in the 50+ division in league play and manages the perennial powerhouse Fresno Grizzlies at the MSBL World Series in Arizona. Bob has been a part of the MSBL nation since 1994 when he decided it was time to become a 44 year old rookie.  MSBL president and founder Steve Sigler has cited Bob for his efforts the past twenty-four years with MSBL as the most recent member of the MSBL Honor Roll. Bob was kind enough to answer a few questions for us.

City or town of residence:

Town where league is based:

Where did you grow up:

Born in Brooklyn, New York, but moved to Fresno when I was 2 years old.

High school and college, if applicable:

What do you do for a living:

I played Babe Ruth League ages 13-15. Played Twilight League (College level teams playing double headers on Sundays during a summer league) from the age of 17 to 21. Assisted and coached Babe Ruth and Little League teams from the age of 16 to 29, due to job hours, I had to stop coaching.

What is your greatest baseball moment, either watching or playing:

When I was 18, I pitched a complete game, 1-0 shutout win, 1 hit, with a dozen strikeouts, against the undefeated first place team in the Twilight League and was named to that years All Star Team.

I feel blessed to have been invited to pitch in the FMBL in 1994 at the age of 44. Had a good season and received the league’s Cy Young award.

When did you start playing for MSBL and how did you hear about it:

I started playing in the MSBL league at the age of 44 in 1994 after a friend, Joe Nichols, called me and asked me to pitch on the 30+ FMBL team he played on the prior year..

Do you still play:

Still play in the 50+ Division of the FMBL and play tournaments in the MSBL 65+ division.

I held numerous positions on the FMBL Board before being elected President of the league and currently serving my ninth year as President. I have managed a 30+ and 45+ and currently a 50+ team in the FMBL. Managed a 50+, 60+ and 65+ tournament teams in the Arizona World Series and Las Vegas National tournament.

What team and age bracket:

What is the best thing about your league:

It gives youngsters, 18+ a place to play ball if not going to college and/or did not have a chance to play high school or college baseball. FMBL has ten 18+ teams and five 30+ teams. It also gives us older players, some in their 70’s, a chance to play baseball. We have eight 50+ teams. We play on the best high school varsity fields/stadiums in Fresno and Madera Counties. We are able to donate money to their high school baseball programs each year besides paying the Districts for the field use.

What is the funniest thing you have ever witnessed on a ball field:

Nothing stands out as the funniest but there have been many funny stories and many laughs along with serious competition.

Who is your favorite player of all time and why:

Never have narrowed it down to one. Too many great players.

Who is the best player in the majors right now:

Clayton Kershaw is one of the many.

Who is the greatest pitcher of all time and why:

Sandy Koufax is one of the many great ones. His record speaks for itself and is the one pitcher everyone compares all left handers too in today’s game.

Are there any comments about MSBL you wish to share:

Great Job MSBL National – thank you for all you do for the leagues.