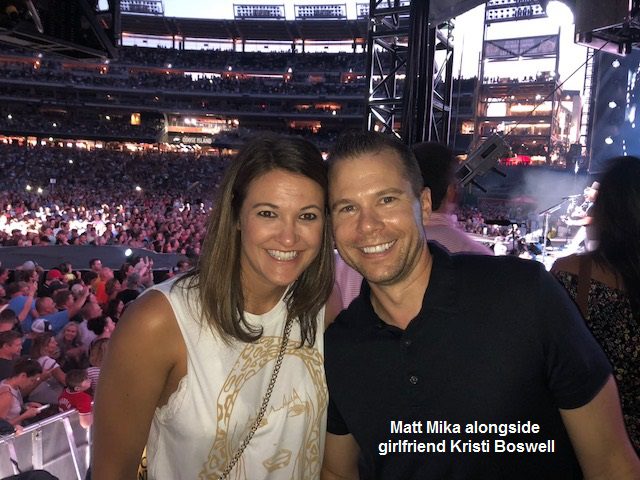 Matt Mika was shot three times while practicing for a baseball game in Alexandria, Virginia. A lobbyist, an MSBL participant and a longtime coach of the Republican congressional baseball team, Matt was one of four people shot outside the nation’s capital on a sunny morning in June of 2017. A gunman fired at least 70 rounds at the team as it practiced ahead of its annual charity game against the Democrats.

Here you will find a link to a New York Times story written by columnist Noah Weiland on January 13, 2018. He captures the details of Matt’s astonishing ordeal and recovery and what lies ahead for him. For the sake of this writing I wanted to concentrate on my conversation with Matt about his MSBL ties, his friendship with Jayson Werth and what this game of baseball means to him. I assured him that the MSBL family cares about their own and that he isn’t alone in his journey back.

“I have been playing ball since I was four years old and am now 40. Baseball is in my blood and the greatest game there is,” stated Mika. “I was playing MSBL baseball here in the DCMSBL from 2005 to 2010 but the team folded and I unfortunately placed baseball on the shelf in favor of the three softball teams I play on.”

Matt made his return to the MSBL just this year, a year after the shooting in Alexandria. He now suits up for the 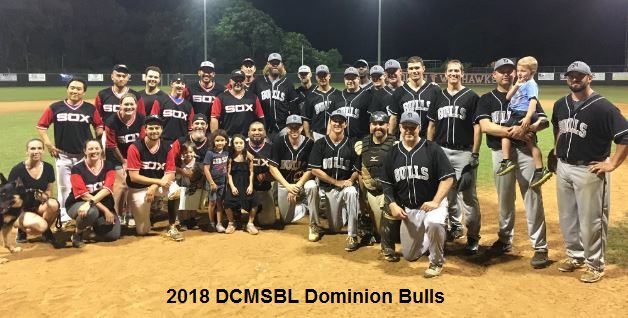 powerhouse Dominion Bulls in the DCMSBL. “My buddy Josh Gelman is the assistant coach of the Bulls and also plays on my softball teams and he has been after me to come back to the real game. I guess he can be pretty persuasive.”

Matt was a second baseman and shortstop back in the high school days but has shifted to left and center fields. “Fortunately I can still cover some ground and love chasing them down out there. I may be a step slower after the shooting but I can still go get them.”

Matt has been one of ten volunteer coaches for the republican congressional team for the past decade. It helps keep him sharp and he loves it. “The skill level may not be the absolute best out there but for one day all party lines disappear and everyone can come together to celebrate the great game of baseball.”

Amazingly, and reported infrequently, the two parties come together for all types of sports and celebrate their opportunity to once again cross the aisle and have some meaningful fun. “We all get together and play hockey, basketball, football, running events and anything else we can find to do. Yes, I play hockey and love it. This year they were told not to slam me into the boards but next year we’ll be back to full tilt.”

Former Major-Leaguer Jayson Werth has become a close friend of Matt, a friendship that will continue long after his recovery, which is about 85% to 90% complete after a year and a half. Jason actually became a teammate of Matt’s on the Dominion Bulls for a short stint this summer. “We became friends because of the shooting. He visited me while I was in ICU and sat for 45 minutes and also talked about his recovery from his foot injury. Jason also arranged to have Washington Nationals merchandise sent to the room and it showed up within an hour of the shooting. I am amazed at how caring Jason and the organization have been. Lifelong friendships have been carved.”

At the end of last year Jason invited him to hang around in the National’s clubhouse, take infield, meet the guys and be one of them for the day. He was out there shagging fly balls during batting practice and Bryce Harper smoked one while he was in the outfield and Matt made the mistake of trying to catch it. “You can’t believe how hard these guys hit the ball. It was a line drive right at me and I tried to catch it and it ripped my glove off. That was it. Day done!”

The MSBL Dominion Bulls were more than thrilled to have Jason on their team, even for a short game. “Jason is 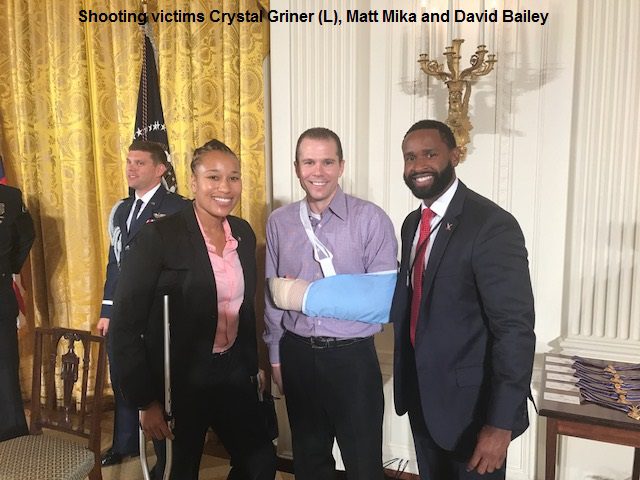 an organic farmer in southern Illinois and it looks like he has his course all mapped out for life after baseball. He was so generous of his time and with the stories when he was with us. Seeing him just sitting on our bench with the guys, giving advice and talking about life was so special. I enjoyed just listening.”

So what is in store in Matt’s baseball days ahead and what is his basic life philosophy after literally being brought back to life after being shot while playing baseball?

She knew he had a chance: “His heart was untouched.” 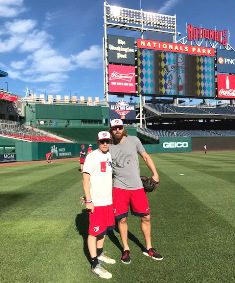 “The swing is slowly coming back,” explained Mika. “If you want to come all the way back you have to practice, practice, practice at least once or twice a day. I overdid it this year playing baseball, softball in three leagues and hockey. I started skating again this past January and it may have been a little soon. I now take nothing for granted. It’s a shame that the solitude of a baseball field became a battle ground. You thought you were safe for a couple of hours and confidently tucked outside of life’s burdens for a little while. Things can change at the blink of an eye.”

His Dominion Bulls won the regular season crown but fell a little short in the playoffs in the DCMSBL. There is one guy on the team that isn’t disappointed at all. “To be back and playing is a miracle. We’ll regroup and win it next year. No complaints from here!”