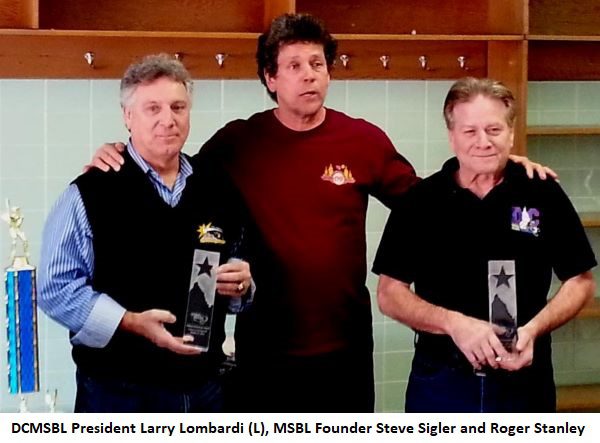 It is with a heavy heart and great sadness that I announce the passing of DCMSBL League Treasurer and league Co-Founder, Roger Stanley, on Friday, August 16th. Roger is a member of the MSBL Hall of Fame and also received the MSBL Lifetime Achievement Award in 2012. His impact as my dear friend, business associate and baseball teammate over the past 30+ years and that of so many he encountered – both in his accounting business and this league – is immeasurable. There would be no DCMSBL without Roger’s commitment and talents and love of the game – and for that we all owe him our gratitude.

Please join me in keeping his family in your thoughts and prayers over the coming days and weeks. Rest in peace Roger!

Roger was the beloved husband of Patricia for 51 years. He is survived by Pat, six daughters, Sherri, Denise, Kristi, Jamie, Nicole and Cory; three grandchildren, Romeo, Jaslene and Vincent; as well as his brother, Warren and his family, and his brother-in-law, Stephen. 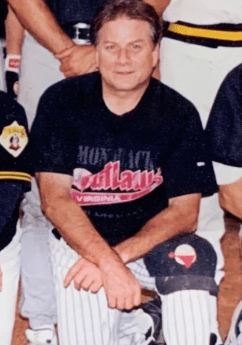 “The first time I met Roger was when I had been working out with the DC Nationals and thought I was going to play with them as I joined the DCMSBL,” added league member John Ambler. “When I met with Roger he convinced me that I should manage a new DCMSBL team. His smile was something that I will never forget as I picked myself off the floor in surprise.

He was such a wonderful person and I often wondered how he did his day job and still spend so much time on DC MSBL business. He was instrumental in getting me to go to the first MSBL World Series and later to start a DC MSBL Father/Son team (along with Jerry). He will definitely be missed.”