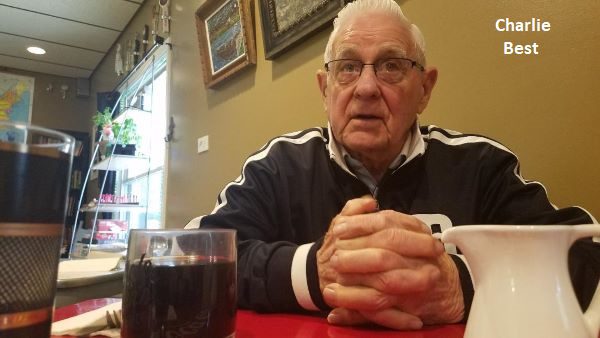 Editor’s note: This story isn’t about a 95 year-old MSBL ball player but actually a snippet explaining his journey into our backyard. Charlie Best is a baseball fan in Michigan and has played the game at a pretty high level himself. He knows the game. But the bigger story is how someone who is most definitely older than most of us retaining his passion for baseball, life and family while seeking out a thing as simple as a good sandlot game to watch. That’s where our paths crossed. Charlie is a wonderful man and I hope he enjoys his journey into our MSBL backyard near Detroit for a little horsehide entertainment and a trip back into baseball being played for the fun of it. We’ll be sure to put on a good show for you, Charlie! 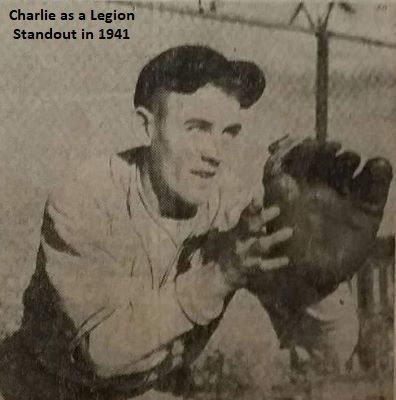 Charlie Best is nearly 95 years old, lives near Flint, Michigan, and is a huge baseball fan who understandably loves the Tigers. Charlie was also quite a ball player until World War II entered the picture. Thanks to his grandson Ethan, Charlie has recently become interested in the Men’s Senior Baseball League. Well, let me explain.

Charlie is fortunate enough to have a grandson who will do anything in the world for him because Ethan was primarily raised by his grandfather and he wants to give back. Ethan Best is part of our country’s northern border security team in Michigan and recently ran across a person who was crossing from Windsor, Canada who happened to be an MSBL member and they started chatting about baseball.

“My grandfather occasionally experiences that ‘what if’ sensation when he thinks back on his own possible baseball career while he and I are watching the Tigers play,” explained Ethan. “He was an exceptional ballplayer in his teens making it to the American Legion national championship series in 1941 as a second baseman, and maybe could have gone somewhere in the game but life and war took over. When the gentleman from Windsor 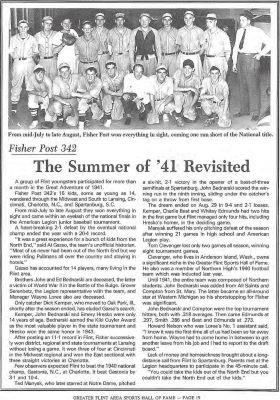 mentioned an adult baseball league he played in I immediately thought of my grandfather and envisioned taking him to watch some baseball on a more personal level.”

Ethan contacted MSBL to find out about leagues near Charlie’s home in Mount Morris, Michigan, just a little north of Flint. We were happy to supply him with details on our Detroit MSBL and St. Clair Shores MABL, located a little north of Detroit. His grandfather wanted to watch some baseball in a more up-close environment and we were happy to show him the way. Charlie is also a proud member of the Flint, Michigan Baseball Hall of Fame for his amazing American Legion run and his participation in the Flint City Classic League upon his return from the war.

“After the service I played in the Flint City Classic League until 1959,” said the elder Best. “I was 35 when I quit the league. The Phillies asked me to try out but I decided to get married.” Charlie went into the service in 1943 and got out in November of 1945. He then started playing in the Flint city league in the spring of 1946. “No, I don’t think I could have made it in the big leagues. I was only 150 pounds, though a good fielder and a decent hitter but never at the major league level. Once in a while I think I would have liked to have given it a try but I feel I made the right decision. But I still think about it once in a while.”

Charlie was a scrappy second baseman while his 1941 American Legion Post #342 team is still the stuff of legends in Flint, which is where he began 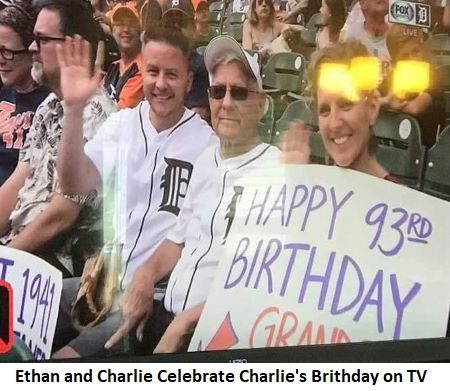 his journey that eventually led him to the Flint Baseball Hall of Fame. “We came up one run short of the national championship in 1941,” said Charlie.

Charlie had a hip replacement recently but the doctors somehow hurt the good hip during the replacement, but he lives with it and is not eager to go back under the knife. He is still able to bowl twice weekly and plays golf regularly. “He is constantly mistaken for someone much younger,” stated Ethan. “I love taking him to Tigers games and now hopefully some MSBL games this year. He loves baseball. I took him to a Tigers game on his 93rd birthday and they got a picture of us in the stands and broadcast it on TV. It was great.”

Charlie has hit that time of life when his compadres from previous years have passed on. He has found many new adventures with his grandson, 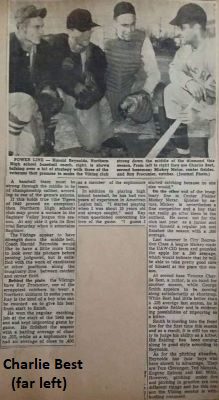 whom he helped raise. It is now time for Ethan to take the reins and make sure his role-model grandfather is happy and well cared for, though they live apart. Part of being the caregiver involves sharing the great game of baseball. “Heck, I’m too young to live in a senior home,” said Charlie. “I lost my last two best friends in 2017. We shared a lot of wonderful memories. I’m glad I have Ethan to make some new memories.”

Ethan says that when the topic of baseball comes up his grandfather becomes instantly animated. We all know the power of the passion and whether you are playing or watching, baseball is in your blood and transcends the ages. When I spoke with Charlie his enthusiasm jumped through the phone. Enjoy your MSBL games, Charlie, and please let us know how you’re getting along. It is our pleasure to entertain you with new experiences to share with Ethan and hopefully rekindle a memory or two of when you prowled second base yourself. As we like to say in the Men’s Senior Baseball League, ‘We’ll see you in the dirt.’