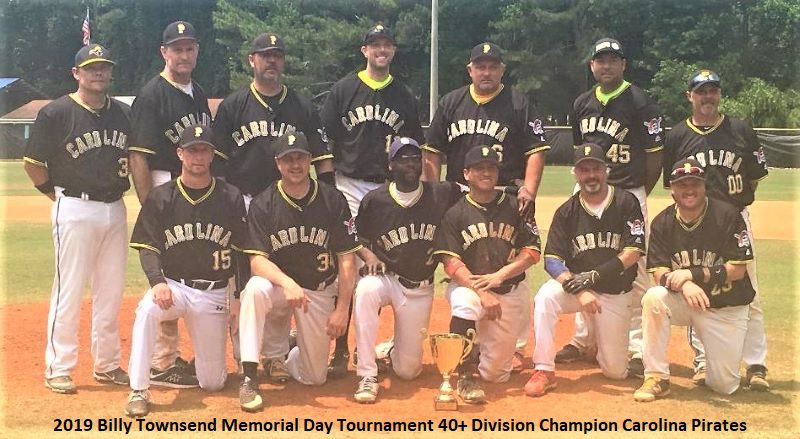 The Carolina Pirates and the Tainos got to the 40+ division Championship game of the annual Billy Townsend Memorial Day Tournament in Atlanta by knocking off the Decatur Braves and Atlanta Braves respectively.

The Pirates won 5-2 over the Tainos in the championship game at the end of a long hot weekend. In a well fought game with both starting pitchers throwing complete games, the Pirates struck early and never relinquished the lead while holding the Tainos bats down with great pitching and fielding through nine innings. The Tainos lead-off batter reached second base in the top of the ninth inning but was stranded after the Pirates, with Jason Flach on the mound, recorded the final three outs.