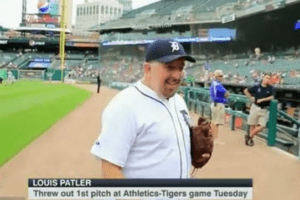 (Excerpts obtained by Detroit Free Press) Louis Patler plays on the San Francisco Seals in the 50+ division of the Bay Area MSBL. He has also accumulated five MSBL World Series rings, one with the Sacramento Rivercats and four with Allan Green’s Dragons. Louis is also an award-winning author, speaker and consultant and President of the The B.I.T. Group, bringing pioneering technologies for identifying emerging business and consumer trends, innovation and strategic initiatives to Fortune 500 companies, multi-national corporations, start-ups and foreign governments.

If Louis Patler hadn’t hurt his right knee shortly after the Detroit Tigers signed him to a contract in 1961 out of Hollywood High School in Los Angeles, who knows what would have happened? Patler had a big arm and, at least for a couple of months, equally big dreams. 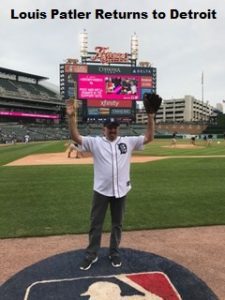 up on him. In the pre-draft era, the Tigers basically offered Patler a tryout contract they could easily rescind without compensation.

Patler was disillusioned. He turned his back on baseball. He couldn’t bear to think of the sport and the opportunity of a lifetime he had missed.

“I was so heartbroken,” Patler said, “I literally didn’t touch a hardball for at least 10 years.”

Patler decided to turn toward his studies. He eventually made it to Detroit, earning a Ph.D. in sociology at Wayne State in 1972. He became abest-selling author who has written five books and is also a business consultant. In 2017, he spoke at Wayne State’s commencement.

Last Tuesday night at Comerica Park, the story came full circle. That’s when Patler, 74, was asked by the Henry Ford Museum of American Innovation to throw out the ceremonial first pitch before the Tigers’ game against the Oakland Athletics. 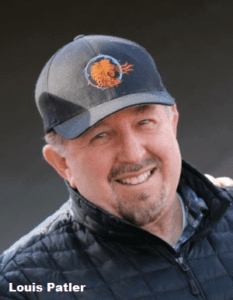 How did Patler evolve into an MSBL champion? Patler had moved to California’s Bay Area and he read an article about the MSBL in his hometown paper, the San Francisco Chronicle. That fall, Patler won the first of his World Series titles at the age of 55. After nearly four decades, he was playing baseball again.

“From the time of the tryouts, even to the present,” Patler said, “the level of play of hardball, the skill level, the knowledge of the game, the love of the game, knowing all the unwritten rules of the game, it’s so different from hardball to softball. … I just felt so at home so quickly, I never turned back. And I haven’t touched a softball since then.”

Patler started off playing third base and shortstop and eventually moved to pitcher. He says he throws junk and occasionally shows a fastball that can touch 70 miles per hour. But Patler has no illusion about his skill level.

ESPN followed Louis as he prepared for his big night in Detroit. HERE is the ESPN clip.