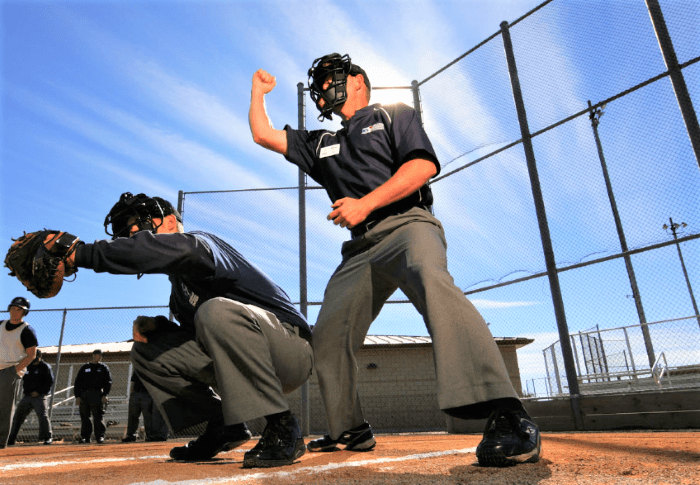 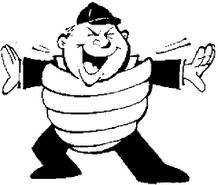 Many ballplayers have been around long enough to think they need only a few “pointers” to get going on an umpiring career. However, the complexities and nuances of baseball are so infinite, that ballplayers don’t realize how complicated it may be to become an umpire. If you want to know the path of becoming a professional umpire, read on.

Amateur umpire’s umpire for many reasons–love of the game, staying involved when their playing careers are over, and financial gain. These are all commendable reasons to umpire at the amateur level. However, for those aspiring to be a professional umpire, the road is far more detailed and complicated. It requires financial and personal commitment, as well as much studying and dedication. Age is an important factor to qualify for a career in professional baseball. Physical fitness is paramount as well. Frequently, marriages suffer, and divorce rates are high for young umpires on a path to professional umpiring. Because of their dedication to umpiring, formal education in other spheres generally comes to a halt. The surrounding temptations of life on the road compound the many obstacles a young umpire faces on the journey to professional umpiring. 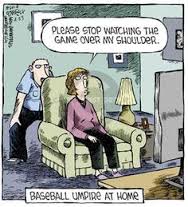 The ideal candidate for a professional umpire is in his early 20s, physically fit, and mentally prepared to take on the rigors that are associated with a career in professional baseball. The beginning candidate pays several thousands of dollars to attend one of the professional schools of umpiring that is affiliated with The Professional Baseball Umpires’ Association. School commences in January, and is usually four to five weeks in duration. Typically, over 100 students attend per session. They begin their journey by studying, being tested, and learning the mechanics of plate work for six days a week, 10 hours a day. Depending on the opportunities that exist, a small percentage (usually 10%) from each school is chosen for a two-week evaluation course in the hopes of qualifying for position in Rookie Ball at the professional level.

There are many levels of professional baseball in an umpire’s career path–Rookie Ball, Advanced Rookie Ball, low A, high A, AA, and Triple A. Each has a retention period of only two to three years. Umpires typically start out earning about $2000 a month before taxes. Salaries increase, but the risk of being released always looms. If the young umpire makes 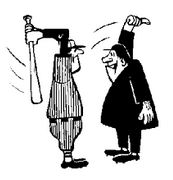 it to Triple A, he still has to be selected for the Arizona Fall League. If selected, the candidate will be considered for Big League Spring. But that’s still not the big leagues. Those who are considered for the big leagues are given a number as potential fill-ins during the major-league season. Even being called up as a fill in, does not ensure an MLB contract. There has to be vacancy from retirement or permanent disability from within the 68 umpires who are under MLB contract.

And guess what? If you have progressed up the professional umpire ladder, are in your mid-30s, possibly in debt and divorced, with only a high school education, it is still possible to be released suddenly.

Still want to be a professional big-league umpire? Lots of luck.