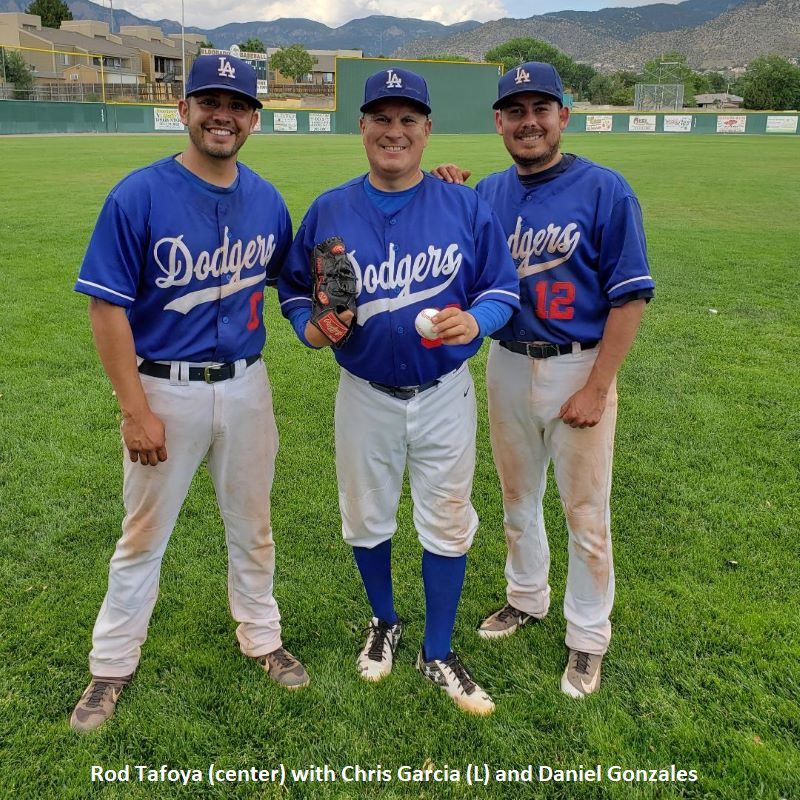 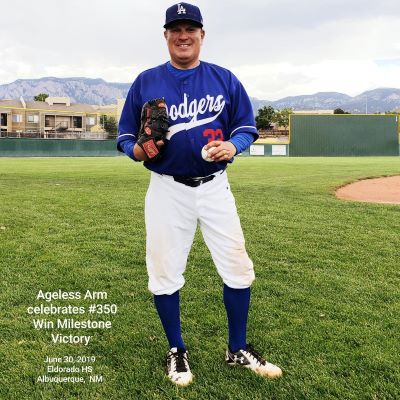 “Finally, a lot of pressure off my shoulders,” said Tafoya. “Now I can focus on my final downhill run to win my final 56 (for 500 lifetime) in the coming years.

More importantly, our Dodgers team won the doubleheader against the tough Pirates team. We are now a solid 11-3 and a full game in first place. We need to get the #1 seed like last season so we can make a run at a back to back MABL 18-and-over championship run.”

Rod will be back on the mound on the 20th of July after taking a well-deserved break to rest and reflect on what has transpired, after also recently traveling to New York to pitch in Cooperstown.

“My body will thank me later for a much-needed rest. I got sick with strep-throat upon my return from Boston and New York and spent eight days in bed and didn’t work out a single day since Cooperstown, NY.

On my way to our Dodgers game Sunday I felt my worst in 25 years, but figured maybe I’d sweat it out and feel better once I lathered up for the game. Fortunately, that’s exactly what happened.”

Here is the game story:

Daniel Gonzales smashed a solo homer in the sixth inning giving the Dodgers an 8-2 lead after six innings. The Pirates then scored five runs in the bottom of the sixth inning chasing, Tafoya out of the game to make it 8-7 Dodgers.

In the top of the seventh inning, the Dodgers scored four more runs on a three-run homer by Chris Garcia making it 12-7. However, in the bottom of the ninth inning, the Pirates came back to score four runs to make it 12-11. With two out and runners on second and third and a full count to the Pirate batter, Garcia struck out the hitter on an outside change up for a called strike three to end the game.