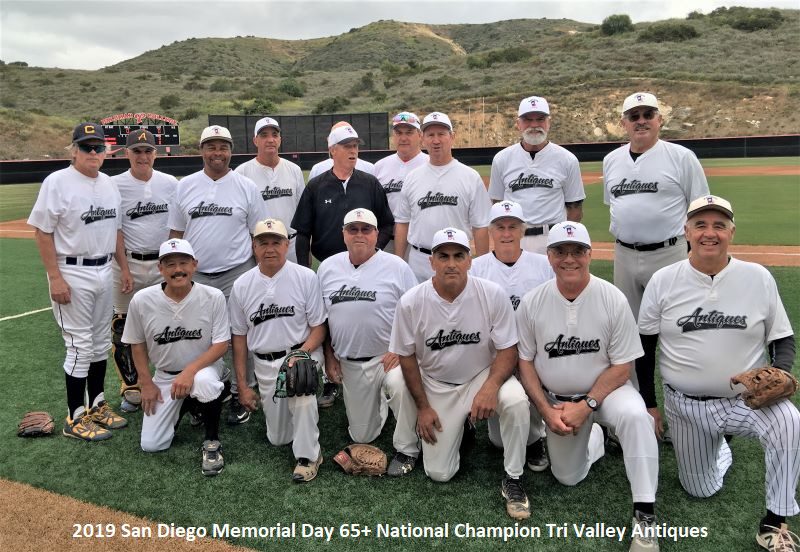 This year’s tournament winners were: 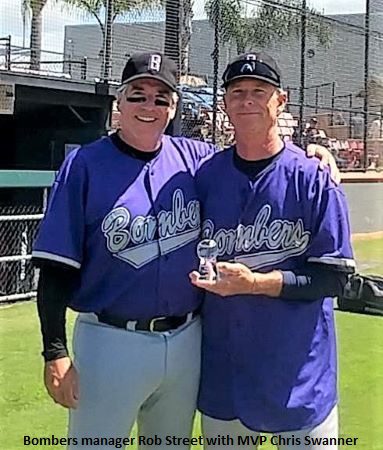 In the 60+ National championship game the So Cal Angels beat the defending champion LA Athletics 3-1. The Angels were led by pitcher Marty Sturgeon who pitched a complete game in the final after pitching four innings of no-hit ball in the semi-final against the Aztecs in the morning. The Athletics scored their only run with two outs in the seventh inning. The Angels scored all three of their runs in the fifth inning, the first coming on an RBI single by Rodney Vestal driving in tournament MVP Ernie Ybarra (12 for 15 on the weekend). The second run scored by Herb McKee on a wild pitch. The final run was scored by Blair Gifford (2 hit game) on a squeeze bunt by Al Martinez. The Angels played stellar defense the entire weekend.

Each team awards a Crystal Baseball Tournament MVP award, and this year’s winners were:

A number of players say they really love this tournament. At UCSD, one player struck a chord with his comment “what I like about this tournament the most is how much they take care of us with the drinks, food and personal care. We really feel appreciated.”

Players, spectators and families once again enjoyed famous Rockin’ Jenny’s sandwiches, barbecued Costco dogs, Zappy’s Pizza on Monday and another 1,000 or so homemade brownies by the San Diego bakers’ contingent of Ann McMillan, Bonnie Miller, Missy Knudsen and Ms. Ray Andre. We look forward to our 10th annual tournament May 23-25, 2020. 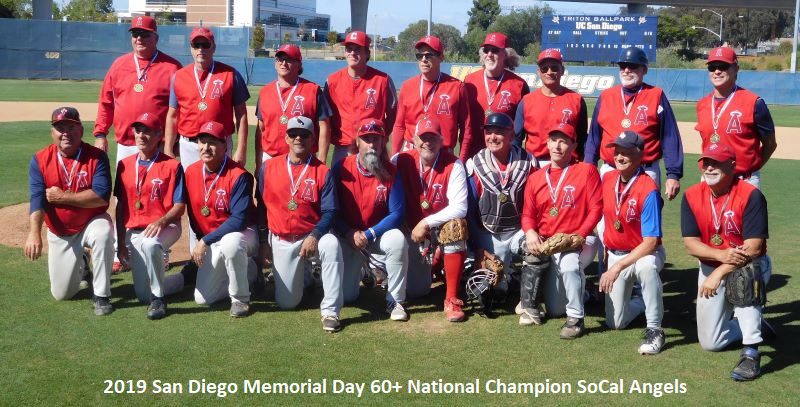 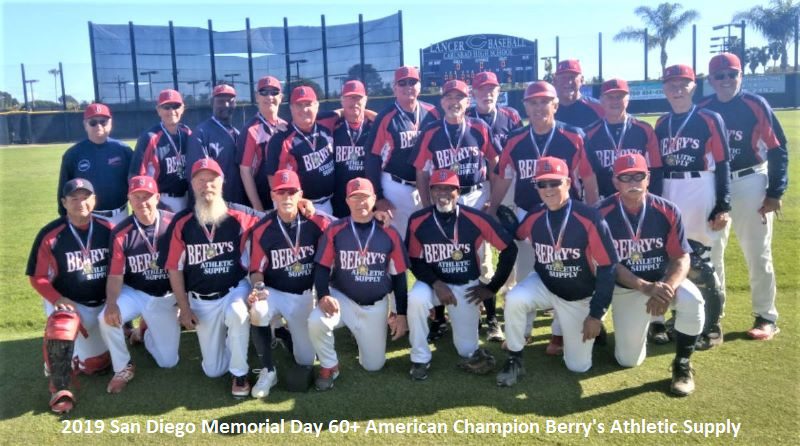 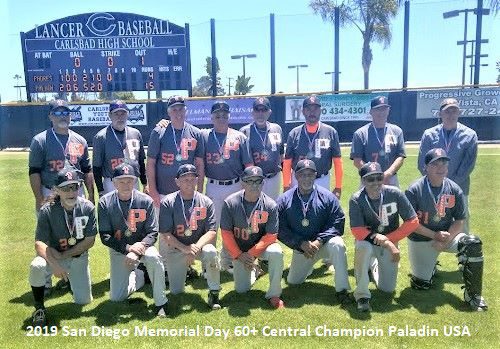