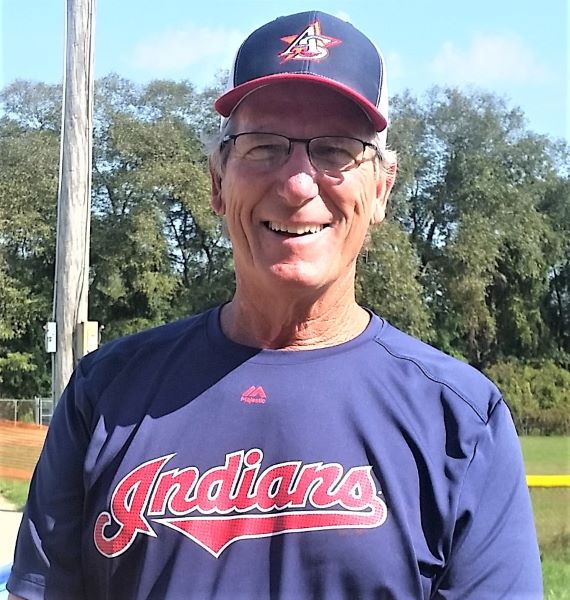 66 year-old John Stefanik is the long-standing maestro of the All-Star Baseball Academy baseball teams that are an annual fixture of the MSBL World Series, as well as a part of the John DeBenedictis League in Pennsylvania . This retired general contractor generally escorts teams to Arizona in the 50-over and 55-over divisions and are a well-managed group of good ball players but more importantly a family of great people.

“The reason I am still in baseball is because each and every ball player on our team plays my style of ball,” said Stefanik. “They surrender to the notion that my philosophy creates a better team and we will all become better players. My teams are families and like brothers and they in turn feel the same way about me. We don’t sell out our team by attracting one guy who may be a great player but wouldn’t fit our family atmosphere.” 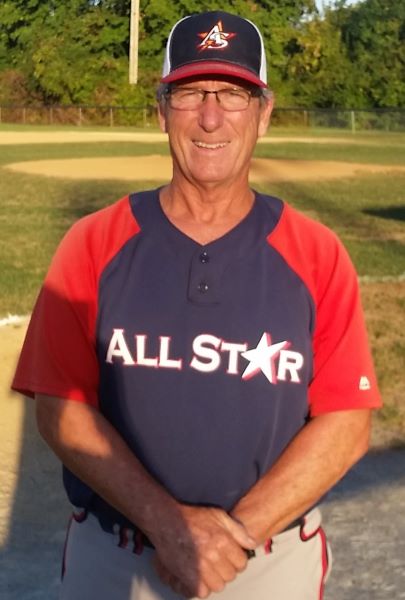 “John represents exactly what MSBL was created to do in 1986, with his emphasis on sportsmanship, professional approach, competitiveness, and just being such a nice gentleman,” stated Sigler. “My trip to Arizona every year is highlighted by meeting with people like John. I am eternally grateful for his enthusiasm and loyalty!”

“This award validates my passion for managing the game and what I’m doing and that it makes a difference in my player’s lives,” added Stefanik. “Choosing to be a manager and evidently doing it well must be working! I was surprised when I heard from Steve and really humbled. I love the

organization and am so impressed in what he did and I am in awe of him for following his passion.”

John was not born to exclusively manage. John was a catcher and quarterback at Millersville College, located in Pennsylvania, and found baseball again in 2003 with the Radnor Raiders, after many years of competitive tennis and platform tennis. But then a shoulder issue forced him to be a full-time manager, though he does still play in the 65-over division during the summer as a first baseman and good stick in the DeBenedictis league.

“I am a catcher by trade but in 2008 I tore my rotator cuff while playing in Puerto Rico. I carried on with therapy but then in 2009 I went back to Arizona and really damaged it, requiring surgery, but they couldn’t repair it so that took care of the catching element and the playing career. In 2009 I started managing these guys in both the MSBL World Series and with our All-Star Academy teams back in the league. My emphasis has changed to now be the best manager I can be and put all of my efforts into that.”

What John brings to the World Series is a quality experience for his team and has tried to keep them all coming back and staying in the ‘family’. Their turnover is very small and their results are 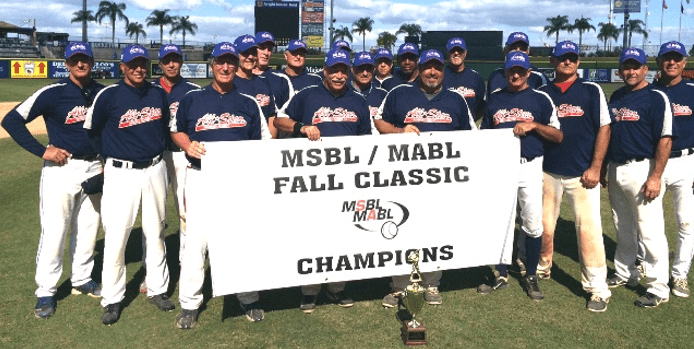 very admirable. “We usually make the playoffs and are always competitive but we have never gotten a ring,” stated Stefanik. “It is always a thrill to see everyone again and know that we have a good week of competitive fun, on and off the field, and if a ring happens then it will happen. A good experience with good people is our focus down there because of our love of the game and one another.”

It should be noted that John actually does have a ring from the 2016 MSBL Fall Classic when he teamed up with some players from Pittsburgh and everything jelled, as they went 7-0 and won the hardware.

When asked about a highlight from his World Series experiences John didn’t recite a special play or accomplishment, his answer was centered on his team and their character. “One year they only had three teams in the mountain division, which was the division above us as we were in the central, and Steve Sigler said that the winner of the central goes up to the mountain playoffs. Some teams weren’t too fond of that because they wanted to win a ring. Heck, we wanted to win our pool play and get to the upper division and play those guys and we did end up moving up. Yes, we got smoked but all of the guys were proud that they went up there and tried every game. I am so proud that our team always tries hard to win. You earn team chemistry, it doesn’t just happen. That is what sticks out to me.”