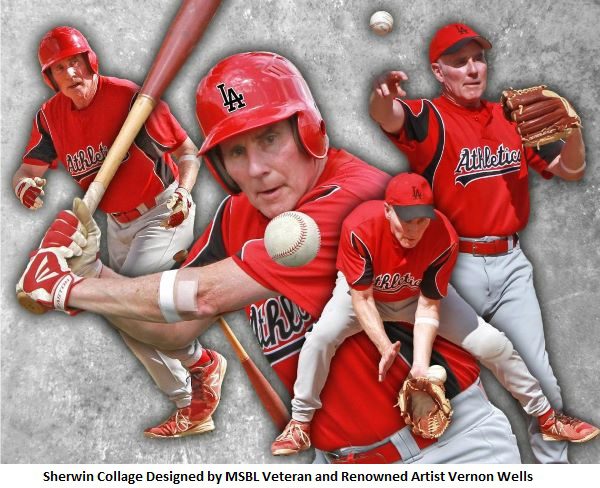 If you have ever participated in an MSBL World Series in your lifetime you have probably seen 2004 MSBL World Series Hall of Fame member Bob Sherwin and his LA Athletics team either having their way with yet another opponent or on the Tempe Diablo Stadium concourse taking part in yet another championship ring fitting for one of the legendary teams he manages or plays for.

There is also the side of Bob who stepped in to take over some of the administrative responsibilities of the Los Angeles MSBL recently, as they sought to expand into divisions for more seasoned players, thus creating 35-over and 40-over divisions. “Last year we kicked it off and now have six teams in each division with an eye toward eight to twelve teams in the 40’s in 2020,” said Sherwin, who is helping League President Chris Burton by heading up the 40-over division.

Bob continues to play in the Los Angeles league with the 40-over West Lake Bandits, a team he also manages. While on the verge of becoming 71 years ‘young’ in November, he enjoys playing with the youngsters while giving up a couple of decades. “I am usually able to get out there for three, four or five innings at second base but I mostly leave it to the younger guys.”

Yes, there’s a climax to this story. Because of Bob’s commitment to MSBL, both in the LA MSBL and World Series arenas, MSBL Founder and President Steve Sigler has inducted Bob 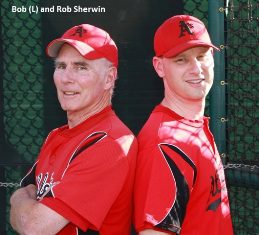 into the 2019 class of the MSBL National Hall of Fame.

“In reading Bob’s Hall of Fame National website story, it becomes apparent what a humble gentleman he is and his 100% commitment to his players, whether it be local league or tournaments,” stated Sigler. “Bob is the consummate leader and organizer. Thank you to Bob for his wonderful contributions to our National organization and his continued excellence.”

Bob has been an MSBL member since 1991 and is actually from Los Angeles, where he was a high school shortstop of note but not of the stature to take a legitimate shot at a prolonged baseball career. Bob gave it a try at San Fernando Valley College for a year but it was obvious that it was a tough fit. “I was 5’ 10” and 150 pounds and coaches back then didn’t believe in weight training and thought it would hurt your flexibility, so I was discouraged from trying to improve my strength,” explained Sherwin. “But the good that came from that is I went to college and earned my law degree and am still actively practicing law and providing for my family, while enabling me to coach my son through his baseball years until I could strap them on again in 1991.”

Now comes the part of the story outlining Bob’s amazing resume of MSBL achievements. This borders on the unbelievable. Here is only what Bob could remember: 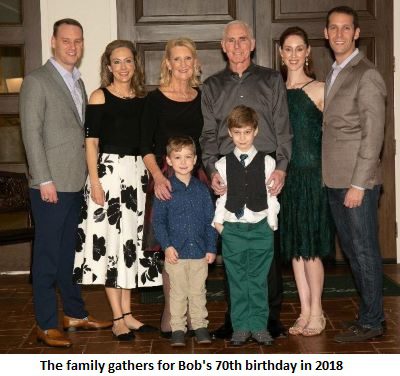 “I am so blessed to be a part of high caliber teams throughout the years and to be able to participate in the MSBL tournaments. I also want to applaud the San Diego (North County MSBL) staff for their wonderful annual tournament for 60 and 65 year-olds. That is an extremely well-run tournament and one everyone should consider playing in.”

How about recognizing any individuals who have been alongside during this amazing baseball trek? “One would be Randy Cohen, who helped me get my first ring in 2001. We go all the way back to little league and we have a lot of rings together. My son, Rob, also gave me 20 years of the best memories a dad could ever have while playing together in the father/son division at the World Series. Every minute together is something I’ll never forget.”

“Steve Sigler has been instrumental in providing this platform that allows guys like us to keep playing,” continued Sherwin. “I have made so many close friendships all across the country. For example, John Arnold and his wife, both on and off the field. Jim Barker and his son from Arizona played alongside Rob and me for fifteen years and it was fun every moment. Regarding my current LA Athletics teammates, Make Thatcher and Danny Pawelek are two of the nicest and talented individuals I have ever met. They are quality people and I am so happy to call them teammates and lifelong friends. But the one person who has been there in the trenches for my entire baseball journey is my wife, who has allowed me to play while she also took an active part. We will celebrate our 50th anniversary this coming June and none of this would be possible without her support of my trying to stay active in a kid’s game.” 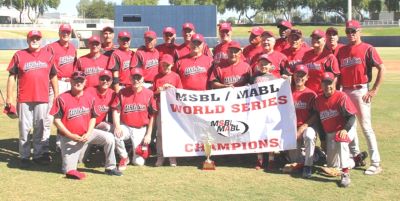 Bob has had his share in injuries and surgeries, as recently as 2013 with surgery on his shoulder that put him on the shelf for eight months but there was never a thought of hanging them up. Favorite moments in Bob’s storied career? As anticipated, there are many.

“My first championship in 2001 certainly leads the list, as I’m sure it does with a lot of players and managers. I remember every minute of the game and then afterwards hugging my wife and my shortstop. Right up there, too, was winning the first father and son ring while 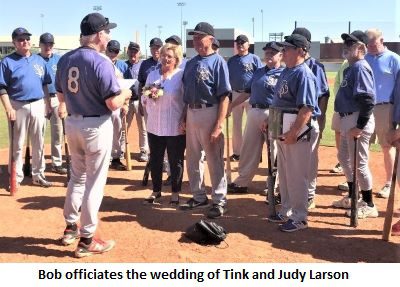 going from the worst team, when the concept started, to winning in 2003. We went from going winless and getting creamed to being champions. My son and I enjoying the championship together, especially because my wife was there as well.”

“In 2017, I officiated a marriage ceremony at home plate after playing in the 70 National Championship game with the St Paul Saints,” continued Bob. “I performed the ceremony for teammate Tink Larson and his new bride Judy. It was the second marriage for both after each had lost their long-time spouse due to illness. I have a minister’s license and I’ve performed over 35 marriages for close friends and family. Doing the ceremony at home plate with the entire team around was truly special for me.”

“The other was also in 2017 when my daughter, Tara came out to see me play in the 65-championship game and then the Father/Son to 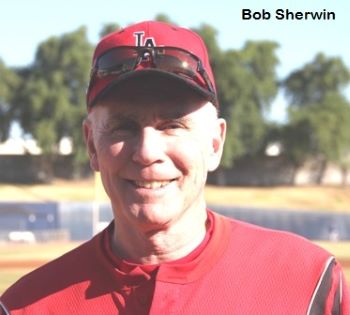 watch her brother Rob and I play together. It was our last year in that division but the first ever for Tara to see me play in the World Series.”

“This honor means a lot to me because of the recognition by Steve Sigler in witnessing my commitment to being a manager and administrator and promoting MSBL at every opportunity. This is extremely rewarding and another feather in my cap. Thank you!”