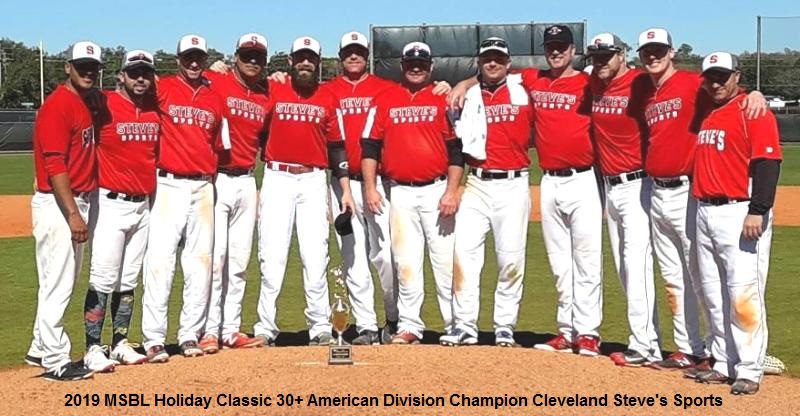 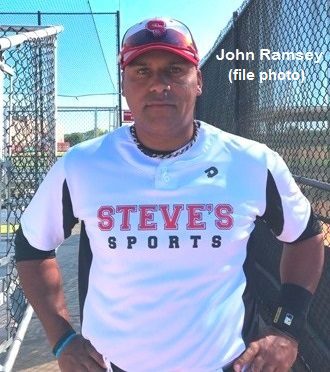 After winning the National Division Championship last year, we had hopes of trying to repeat, however after a 1-2 pool play record, we fell to the American Division and played a good Orlando team in the championship game.

“This was a difficult weekend, we were down a few big bats and arms from our normal tournament teams. We also lost our middle infield after injuries in game one. We still managed to pull it together for a great finish to the weekend.”

Jon Sprowls took the hill in the championship game going six strong innings giving up two runs while striking out four. Roberto Familia then got the final nine outs with three shut down innings. 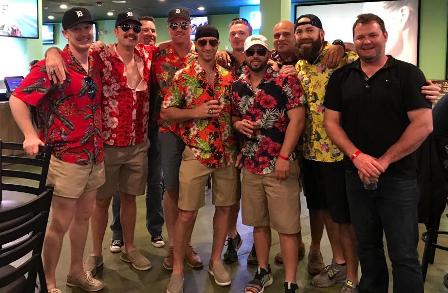 “Overall, this was a great tournament. Top to bottom in both Divisions, there were some outstanding teams. We always like to have a little fun outside of baseball in these tournaments. The Holiday Classic was no different as we pulled off an epic Magnum P.I. theme night. (I have no idea how Brendan squeezed into those shorts)”

“These games are fun but seeing the familiar faces year after year is really what keeps us coming back. I’m sure I speak for everyone when I say not seeing big Rico Carty Jr. hanging around the ballpark these last few tournaments has made it a little awkward.”