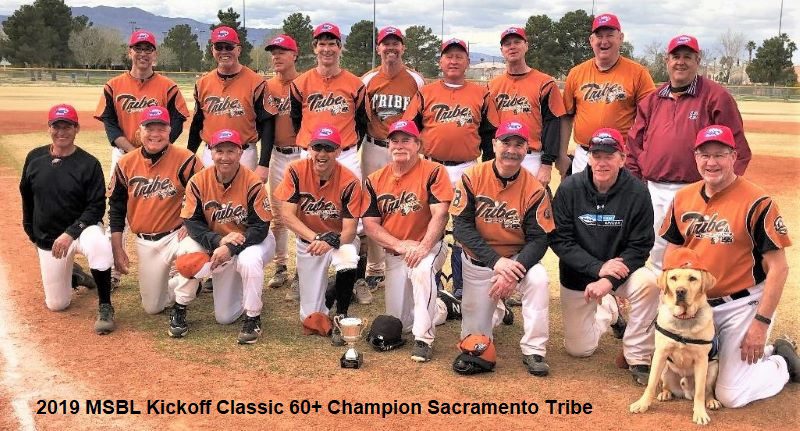 In a very exciting game, the national tournament powerhouse Sacramento Tribe defeated the San Antonio Lonestars 7 to 5 to capture the 60-over division title of the 2019 MSBL Las Vegas Kickoff Classic. The Tribe was led by the Mark Weathers, who went 4 for 4, Tommy Arguijo, 2 for 3, and Tim Burkitt, who contributed a key 2-run single.

2017 MSBL World Series Hall of Fame pitcher Gary Stonebrook pitched a complete game, striking out seven, while notching his second victory of the tournament. Aramaic picked up three hits for San Antonio. The win was the Tribes sixth win of the tournament, as they went a perfect 6 and 0 over the three days. They were led by Weathers and pitcher Ken Jungston, who pitched 16 innings giving up only one run. They were both picked as CoMvps. 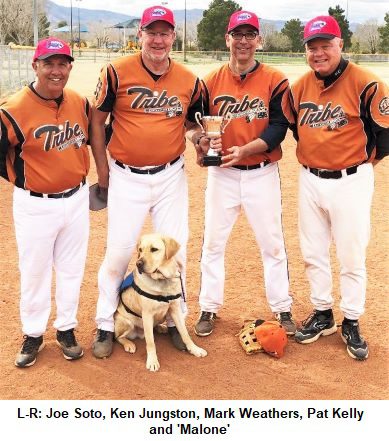 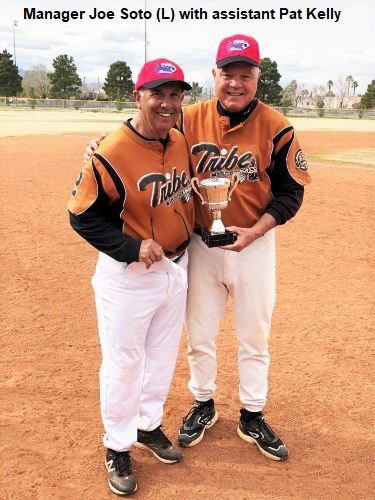 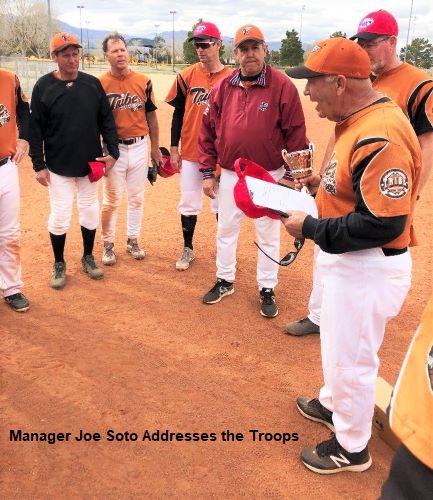