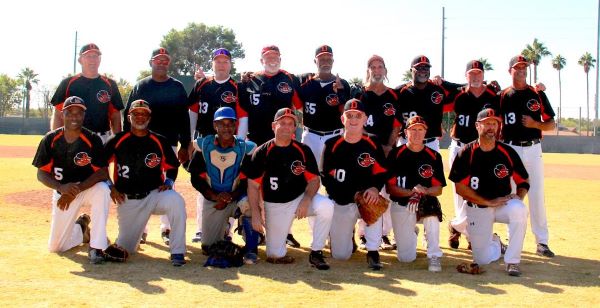 November 2, 2019, Mesa, AZ – In a game that featured eight doubles, five batters hit by pitches and five double plays, the DFW-Bluff City Orioles beat the Giltner 60’s 18-11. Played at Fitch Park in a 60 plus Cactus Division consolation contest, the slugfest was one of the last games in the 32nd Annual MSLB World Series. 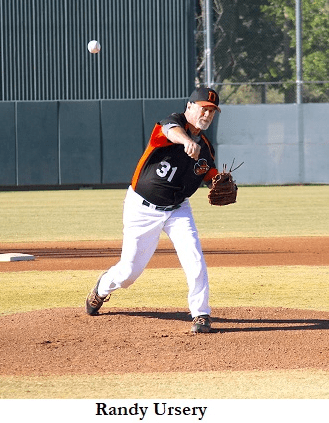 Randy Ursery, the Orioles’ starting pitcher, went 5 2/3 innings and earned the win. Steve Laughrey suffered the loss. The Giltner righty faced 18 batters, walked six, allowed five hits and was knocked out of the game in the second when the Orioles took an 8-4 lead. In that inning, the Orioles drew five walks, but also got hits from Russ Bicknell, Leroy McClain and Bart Sparks to score five runs. In the third, DFW-Bluff City’s attack didn’t feature a base on balls. But they smashed five hits, including a run-scoring triple from Bicknell. A single from John Means scored two more.

By the time the fourth inning ended, the Orioles had added four more, and Giltner had used two more pitchers (Jim Teeter and Bill Hawkins). Clayton Dahl ripped a double that scored two, while Means hit another run-scoring single. Rick Alliston also doubled to score a run. The game wasn’t completely about offensive production though. Remarkably, the Orioles turned four double plays, including two of the 6-4-3 variety, one 4-6-3 and a 5-2-3 (third to home to first). Dan Doleshal relieved Ursery and allowed one run in 3 1/3 innings of work. He induced a ground ball to shortstop to help start the final “twin 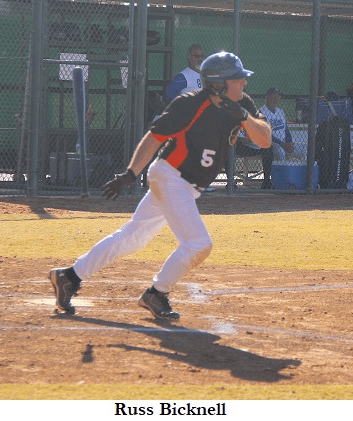 killing” in the seventh. Ursery gave a ton of credit to his defense. “Great defense,” he said. “Put a man on first. Get them 6-4-3, 4-6-3. Whatever it is they will turn it. The guys are great. I just threw the ball up there and let them hit it. I get tired and then let them pull me out.” 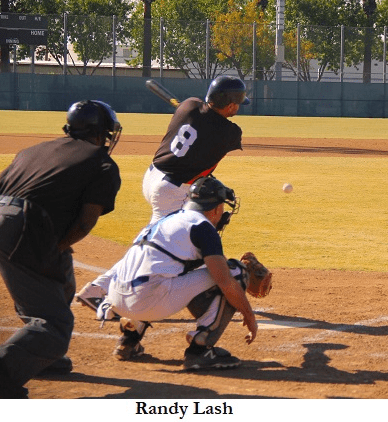 Despite the comfortable win to end the tournament, Lash said it was a tough week for everybody. “We all had our struggles,” he said, “but we all came through in the end. It’s all about having fun with the people you’re playing with. I appreciate the week we had out here.”

Giltner is managed by John Zaverl, who had two RBI, finished 3-5. Zaverl’s team was led at the plate by Joe Polance, who was 3-3 with three RBI, Bruce Fraser, who was 2-4 with two RBI, and Billy Bright, who was 2-4. Greg Sobel (2-3) and Steve McNeely (2-2) also performed well. Giltner got doubles from McNeely, Fraser, Bright, Kevin Lynch and Teeter. Jim Bouquin was 1-3 with two RBI.